Live updates: Wind speed gusting up to 60 kmph but no major impact of Cyclone Vayu in Gujarat

Indian Coast Guard, Navy, Army and Air Force units have been put on standby to deal with the impact of cyclone Vayu. 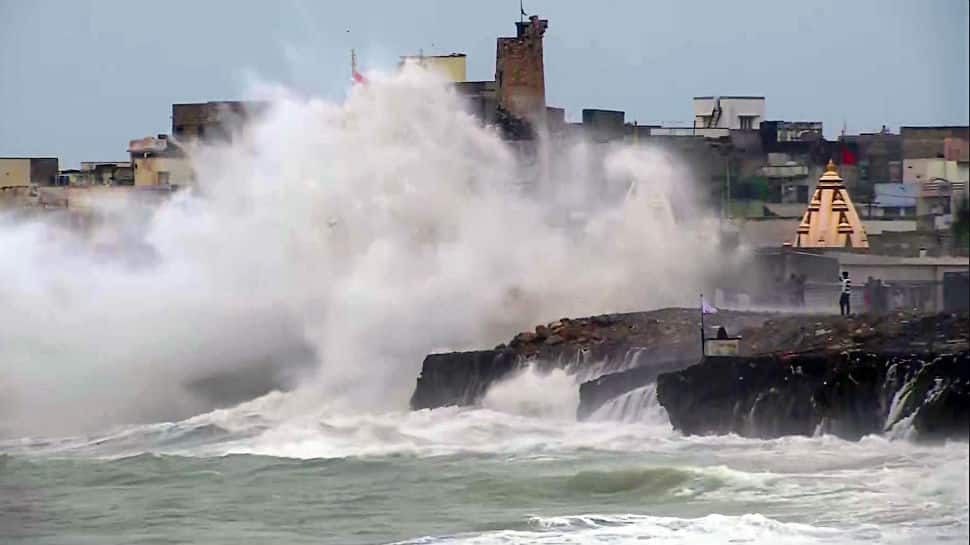 The Very Severe Cyclonic Storm Vayu which was expected to make a landfall in Gujarat on Thursday afternoon will not directly hit the state but is likely to affect the coastal areas, the IMD said. It is very likely to move along Saurashtra coast affecting Amreli, Gir Somnath, Diu, Junagarh, Porbandar, Rajkot, Jamnagar, Devbhoomi Dwarka and Kutch districts of Gujarat on Thursday.

Over 3.1 lakh people were on Wednesday evacuated from low-lying areas in Gujarat and Diu ahead of the scheduled landfall of Cyclone Vayu. Indian Coast Guard, Navy, Army and Air Force units have been put on standby. Aircraft and helicopters are carrying out aerial surveillance

Here are the live updates of cyclone Vayu:

# The effect of Cyclone Vayu has been milder at most of the airports in Gujarat. There has been no damage to any airport infrastructure or facilities has been reported so far. As per the review of the airports done to access the impact of the cyclone, the situation is normal at Surat, Bhuj, Keshod, Kandla, Jamnagar, Vadodara and Ahmedabad. Diu, Porbandar and Bhavnagar Airports that are currently witnessing a wind speed b/w 30-40 kmph gusting up to 60 kmph have been asked to closely monitor the situation and take note of Meteorological data

# Pankaj Kumar, Additional Chief Secretary, said that although the IMD has informed that the cyclone has changed its course, "it may still cause heavy winds and rains, and so we are still on stand-by mode".

# Cyclone Vayu, which was expected to make a landfall in Gujarat on Thursday afternoon will not directly hit the state but is likely to affect the coastal areas, the IMD said. Manorama Mohanty, scientist at Indian Meteorological Department (IMD) in Ahmedabad said: "CycloneVayu won't hit Gujarat. It will pass nearby from Veraval, Porbandar, Dwarka. Its effect will be seen on the coastal regions as there will be heavy wind speed and heavy rain as well."

# Western Railway has cancelled seven more trains and short terminated and partially cancellated another five trains, as a precautionary measure. A total of 110 trains of Western Railways have been affected. Read more here.

# Food packets are being prepared by various groups in Rajkot which will be dispatched to the cyclone-affected areas of the state. Meanwhile, the Kokan region has been shut for the public.

Gujarat: Food packets being prepared by various groups in Rajkot, in the light of #CycloneVayu . The food packets will be dispatched to the cyclone affected areas of the state, as per the instructions by the govt officials. pic.twitter.com/c57aWFlIq5

# The shed at the entrance of Somnath Temple in Gir Somnath district has been damaged due to strong winds.

Gujarat: The shed at the entrance of Somnath Temple, in Gir Somnath district, damaged due to strong winds. #CycloneVayu pic.twitter.com/RpFjZzXUj4

# The India Meteorological Department has said that the sea condition is phenomenal near Gujarat coast and is likely to be very rough to high along and off Maharashtra coast on Thursday.

#WATCH Gujarat: Visuals from Chowpatty beach in Porbandar as the sea turns violent. #CycloneVayu is very likely to cross Gujarat coast between Porbandar and Mahuva as a very severe cyclonic storm, today. pic.twitter.com/NnCornrMqe

# Widespread rainfall with heavy to very heavy falls at few places and extremely heavy falls at isolated places are likely in Saurashtra and Kutch today. Gale wind speed of 155-165 kmph gusting to 180 kmph is also very likely over Gujarat coast till Thursday evening before it gradually decreases thereafter. The heavy winds are also likely to impact Maharashtra coasts. 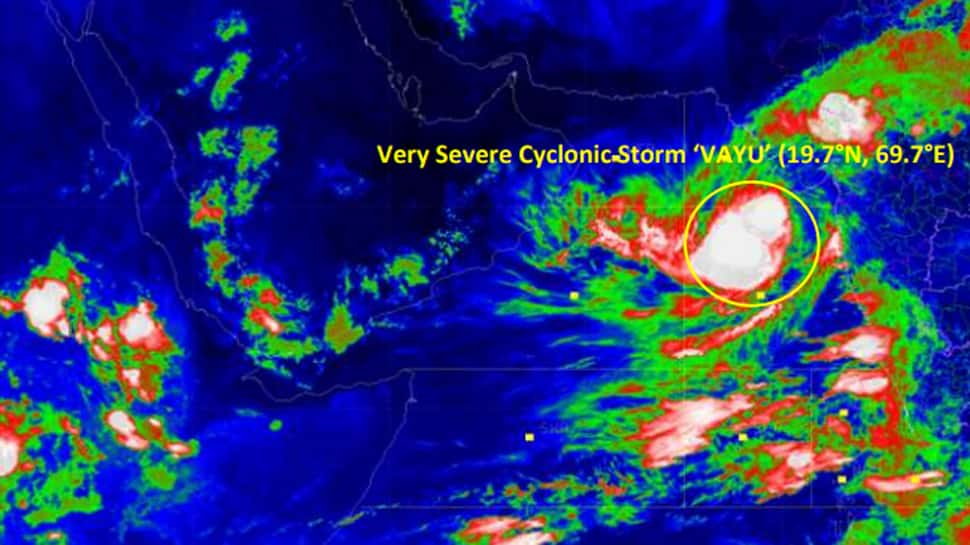 Praying for the safety and well-being of all those affected by Cyclone Vayu.

The Government and local agencies are providing real-time information, which I urge those in affected areas to closely follow.

# Prime Minister Narendra Modi on Wednesday advised people to follow real-time information being given by local agencies to stay safe. "Praying for safety and well-being of all those affected by Cyclone Vayu. The government and local agencies are providing real-time information, which I urge those in affected areas to closely follow," Modi tweeted.

Indian Coast Guard, the Navy, Army & Air Force units have also been put on standby. Aircrafts and helicopters are carrying out aerial surveillance.