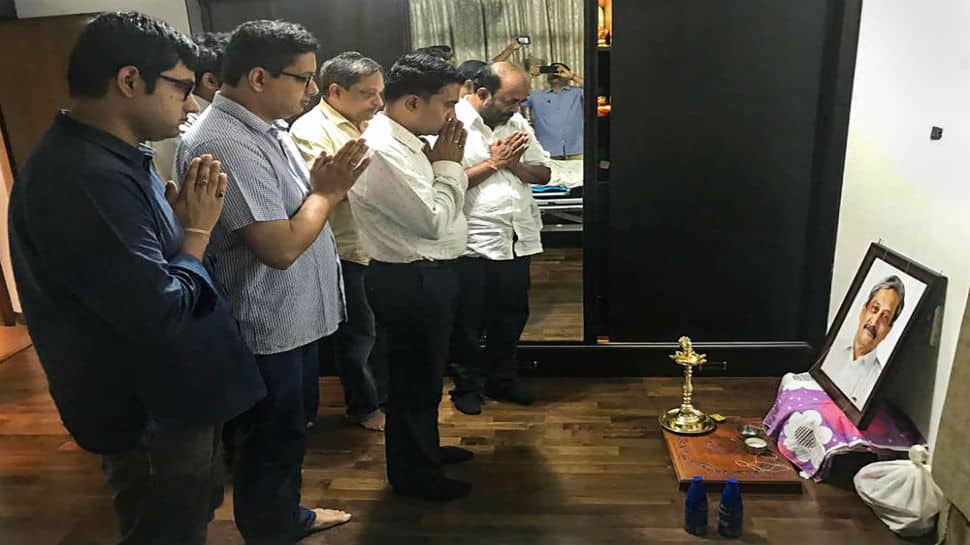 Pramod Sawant sailed through a crucial floor test in the Goa Legislative Assembly on Wednesday. He had taken oath as CM in the wee hours of Tuesday.

The BJP has worked overtime in a bid to keep the alliance with Goa Forward Party and Maharashtrawadi Gomantak Party although both parties reportedly wanted their respective candidates to become CM after the death of Manohar Parrikar last Sunday.

Congress too staked claim to form the government soon after Parrikar's death. Its claim was once again based on the argument that it is the single-largest party in Goa with 14 MPs.

Here are the highlights from the trust vote in Goa Assembly:

Here's the break-up of who voted how:

14 MPs from Congress and one from NCP voted against him.

Pramod Sawant breezes through the floor test with 20 vs 15 count.

MPs cutting across party lines honour the memory of Parrikar.

The current strength of Assembly: 36

BJP claims it has the support of three MPs from GFP, three from MGP and another three independents. A total of 21 would see BJP sail through floor test.

Congress has 14 MPs. NCP has one MP, likely to continue support to Congress.

One day session of Goa Legislative assembly begins. Vote of confidence will be held after condolence motions to honour Manohar Parrikar.

Proceedings at Legislative Assembly of Goa to begin shortly.

Congress has 14 MLAs while BJP - on its own - has 12. Sawant expressed confidence before walking into the Assembly a while back.

Sawant was the Speaker of Goa Legislative Assembly before being made the CM.

The floor test in the Assembly would be a familiar scenario for him.

Sawant, a BJP loyalist and a close confidant of Parrikar, was chosen by BJP to become Goa's CM.