Quoting Singaporean former Prime Minister Lee Kuan Yew, the Congress politician said, "China is not going to become a liberal democracy and if it did, it would collapse." 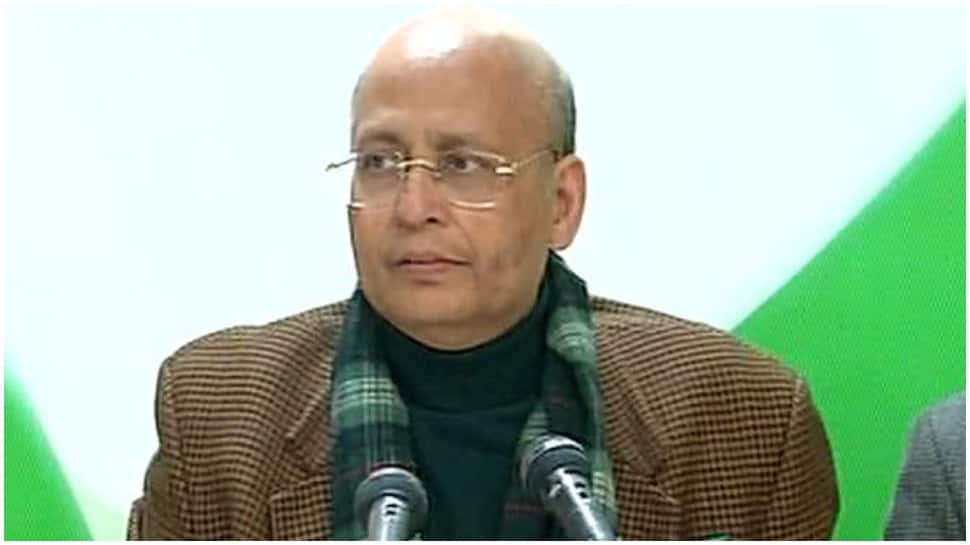 New Delhi: Advocating a three-pronged shift in India’s strategy vis-à-vis Communist China, Dr Abhishek Singhvi on Saturday (August 1, 2020) said that New Delhi has to invest in building military capability, diplomatic heft by aligning with like-minded groupings such as Quad, and inflict economic injury to China, all to instil fear in Communist China’s mind towards its Asian neighbour, against the Ladakh conflict backdrop.

At a webinar organised by Law and Society Alliance, Dr Singhvi said that India and its polity has to grow beyond local party politics to usher in a single-minded, focused, and unified response to the China challenge.

“India and China are two swords in one scabbard called Asia. There has to be forced respectability between the two. In the real world, both respect and outward likeability are consequences of fear. The need is to generate fear about India in China. Only this is going to set the equilibrium between the two giants,” said Dr Singhvi.

He opined that India should leverage and exploit the global anti-China sentiment and the unprecedented wave of anger that has swept across even those nations like Australia that had tilted towards China in the Pacific region under former Prime Minister Kevin Rudd.

"India’s power to name and shame China has always been less understood and even less considered. That naming and shaming China across the world is a vital tool in India’s armory and I will expect India to unleash a blitzkrieg in which it should name and shame China on the global fora with forthrightness," added Dr Singhvi.

"Look at United States Secretary of State Michael Pompeo. I might not agree with him on everything but his forthrightness on China should be applauded," expressed Dr Singhvi.

Quoting Singaporean former Prime Minister Lee Kuan Yew, the Congress politician said, "China is not going to become a liberal democracy and if it did, it would collapse."

Strongly proposing that India should work towards leveraging its ties with Tibet and Taiwan, the Indian parliamentarian said the divinity and glory of His Holiness the Dalai Lama needs to be given the right place that he deserves in India, and New Delhi must unhesitatingly enhance diplomatic relations with Taiwan.

“We have increased our trade from US$66 million to US$6 billion with Taiwan in the recent past. Foxconn, Winstron, and Megatron are Taiwanese companies that have great potential in India. Our shyness towards Taiwan needs to be dropped. We are underestimating the power of frequent and multiple messaging,” said Dr Singhvi.

He concluded by saying, “Today, China is not the problem but the Chinese Communist Party is. More than the party, Xi Jinping is the problem."