According to reports, the metro service at Laxmi Nagar was affected as a large number of passengers congregated at the station to board the train.

Delhi Metro services stopped at Laxmi Nagar station due to overcrowding. Notably, the Odd-Even scheme has come into effect in Delhi from November 4 (Monday) compelling a large number of people to take metro trains to reach their destinations.

According to reports, the metro service at Laxmi Nagar was affected as a large number of passengers congregated at the station to board the train. Due to the huge rush, the door of one of the compartments could not shut and this led to halting of the train for around half an hour. Later, it was announced that the train will not move from Laxmi Nagar station, leaving hundreds of passengers stranded at the station. 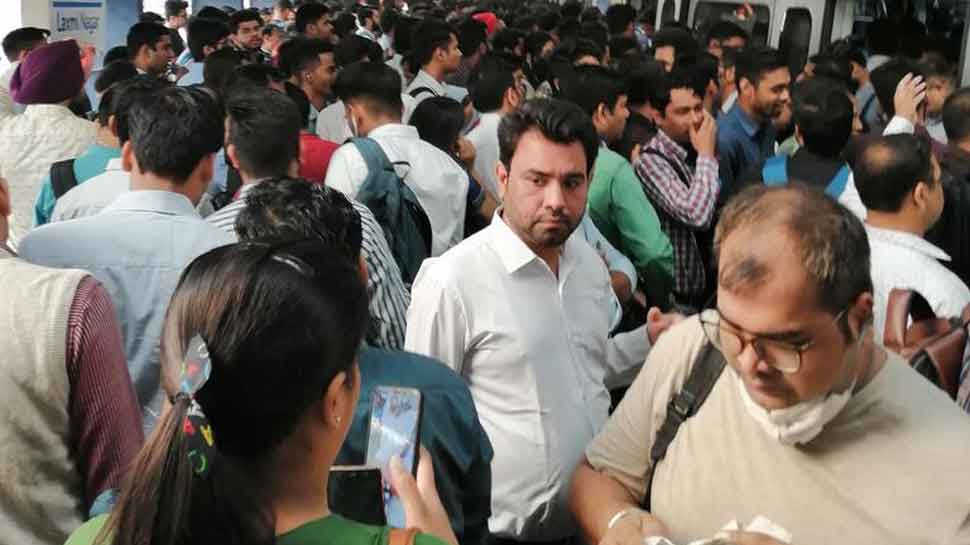 The Odd-Even scheme is an effort by the Delhi government to control the deteriorating air quality in Delhi and adjoining areas. The Odd-Even scheme, which will remain in place till November 15, has forced several people living in the national capital and nearby areas to leave their personal vehicles at home and reach their destinations using public transport, including metro, buses and autos.