Nirmal Kaur was 85 and is survived by his husband, one son and three daughters. 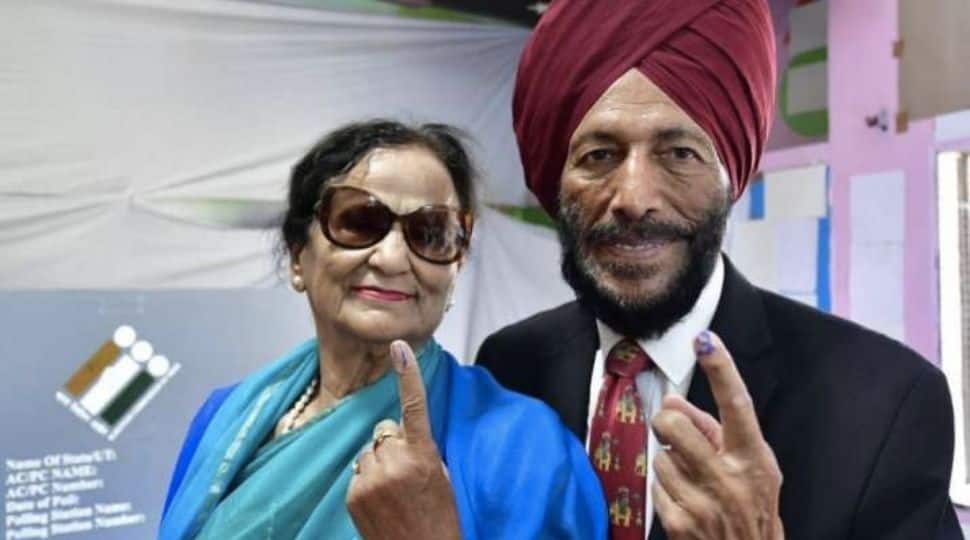 Chandigarh: Former Indian women volleyball team captain Nirmal Kaur, who is the wife of sprint legend Milkha Singh, died at a Mohali hospital due to complications related to COVID-19 infection she had contracted last month.

She was 85 and is survived by her husband, one son and three daughters.

"We are deeply saddened to inform you that Mrs Nirmal Milkha Singh passed away after a valiant battle against COVID at 4 PM today," a statement from the spokesperson of the Milkha family said.

"A backbone of the Milkha Family, she was 85 years old. It is tragic that the Flying Sikh Milkha Singh ji could not attend the cremation which was conducted this evening itself as he is still in the ICU (of PGIMER in Chandigarh) himself."

Nirmal was brought to Fortis Hospital at Mohali on May 26, two days after Milkha was admitted to the same facility due to COVID-pneumonia.

Milkha was discharged on the request of the family a week later but Nirmal remained at the hospital, battling the dreaded infection. Milkha was later admitted to the Intensive Care Unit (ICU) of PGIMER here and he is currently "stable and continues to improve".

Deeply saddened to know about the passing away of Nirmal Milkha Singh Ji due to Post-Covid illness. She had served as the captain of India’s Volleyball team and was a remarkable sportsperson. My heartfelt condolences to the family and friends. @JeevMilkhaSingh pic.twitter.com/VLB2D3yT4a

"Deeply saddened to know about passing away of Nirmal Milkha Singh Ji due to Post-Covid illness. She had served as the captain of India’s volleyball team and was a remarkable sportsperson. My heartfelt condolences to the family & friends," tweets Punjab CM Capt Amarinder Singh

A former Director of Sports for Women in the Punjab Government and ex-captain of the Indian national volleyball team, Nirmal had fought a valiant battle till the very end, the family spokesperson said.

"The family has expressed its grateful thanks to everyone for their solidarity and prayers right through the battle which gave them the strength to face it bravely."

Mizoram man, head of world's largest family with 39 wives and 94 kids, dies at 76