The President said that “the whole world stands with India on the issue of terrorism” today. 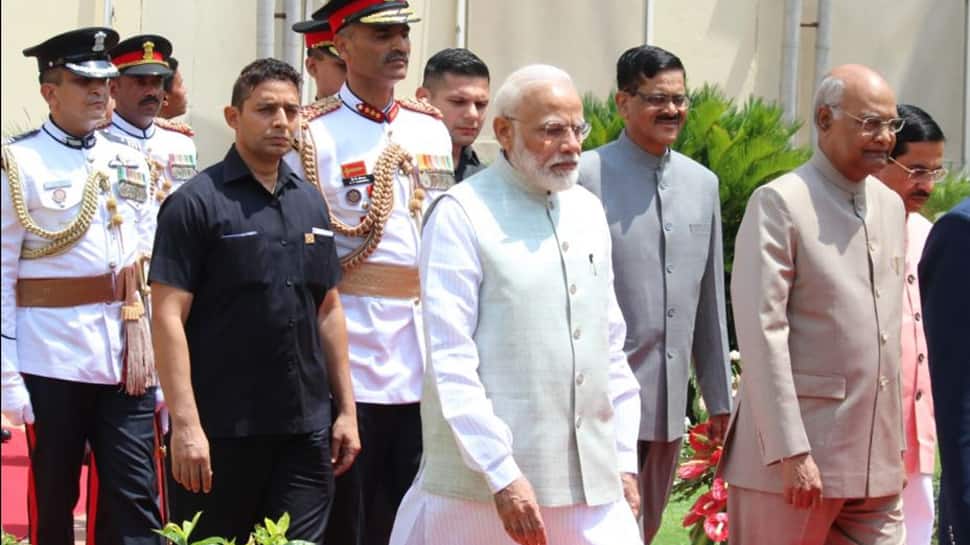 President Ram Nath Kovind on Thursday addressed a joint session of Parliament, wherein he outlined the steps taken and vision of Prime Minister Narendra Modi-led NDA government with regard to the security of the country. He also talked about the menace of terrorism and Naxalism and how the government had taken steps in the recent past to curb the same.

The President said that “the whole world stands with India on the issue of terrorism” today, adding that designation of Jaish-e-Mohammad chief Masood Azhar as a global terrorist by the United Nations “is a major testimony to this fact”.

“Today the whole world stands with India on the issue of terrorism. Designation of Masood Azhar, responsible for dastardly terrorist attacks on our soil, as a global terrorist by United Nations, is a major testimony to this fact,” said the President.

According to President Kovind, India demonstrated both intent and capabilities to fight the menace of terror by conducting surgical strikes at terror hideouts across the Line of Control and the air strikes in Pakistan’s Balakot following the Pulwama attack.

“India has amply demonstrated both her intent and capabilities, first through surgical strikes and then through air strikes after the Pulwama attack at terrorist hideouts across the border. In future too, all possible steps will be taken to ensure our security,” he said.

The President pointed that for the “New India” to grow and prosper economically, maximum attention needs to be given to the issue of national security, adding that the government had been taking all “effective steps” to “tackle terrorism and Naxalism”.

“India is going to receive the delivery of first ‘Rafale’ fighter aircraft and ‘Apache’ helicopters in the near future,” he added.

Manufacturing of modern armaments under the Make in India initiative of the government was also highlighted by the President during his address. He said, “The policy of indigenously manufacturing weapons such as modern rifles and cannons, tanks and combat aircrafts is being carried forward successfully.”

Government, India, Development: Some of the most used words in President Ram Nath Kovind's address to Parliament