The PM also took a dig at the West Bengal government for opting out of the Ayushman scheme. 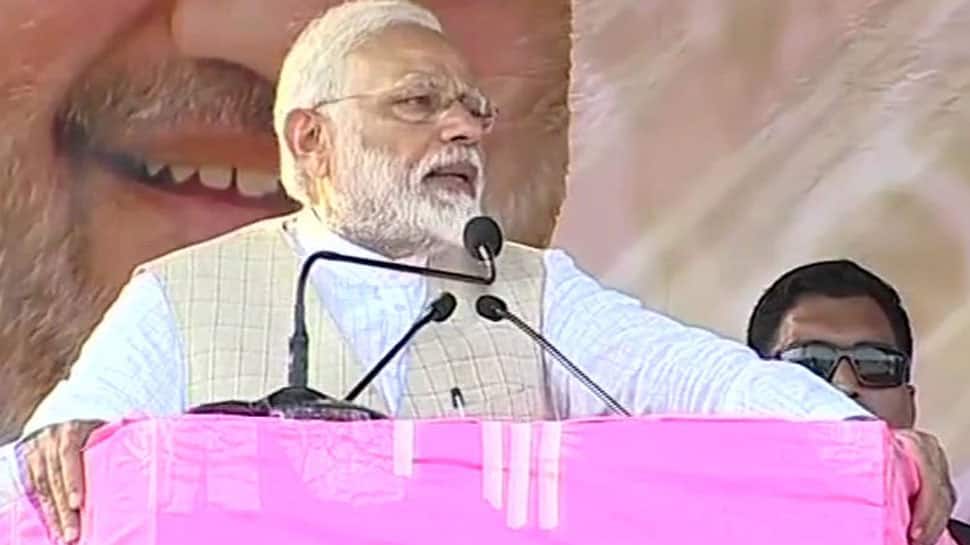 Using the TTT rhetoric he said, “Trinamool Tolabaji Tax is prevalent in the state. Every child in West Bengal is aware of this TTT. West Bengal is the only state where you have to pay tax for education. No one opposed this culture of syndicate and TTT, which is why the Trinamool Congress got a free run. But, now, the BJP will oppose this. The 'chowkidaar' has started a cleanliness drive against this culture.”

Addressing a rally in West Bengal's Durgapur, he said, “People are having to pay tax to get education, find jobs and also pay syndicate tax, when the focus should have been on recruiting teachers. You don't have to fear the syndicate when you enroll in Central government schemes.”

The PM also took a dig at the West Bengal government for opting out of the Ayushman scheme. “West Bengal could've been the largest beneficiary of Ayushman Bharat. But, the local government snatched it from the poor people of Bengal. A government which betrays the poor can never benefit anyone. Those who play with the lives of the poor should be punished,” said PM Modi.

For the second time during the day, the Prime Minister Narendra Modi slammed the CM Banerjee for violence in the state. “The pure and austere land of Bengal won't tolerate this abuse of democracy. The party which can't respect democracy and indulges in dirty politics is bound to be thrown out. It is imperative that the TMC will go."

Earlier in the day, he attended another public meeting organized by the All India Matua community at Thakurnagar in North 24 Parganas district. He kickstarted the campaign for the BJP in West Bengal ahead of the Lok Sabha elections.