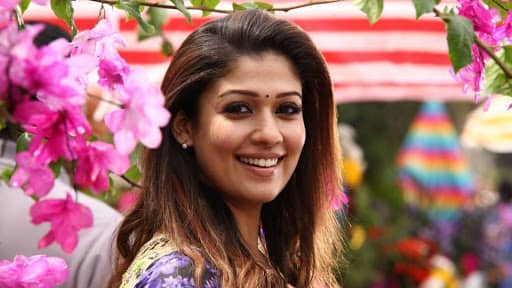 Radha Ravi, who is known for his insensitive digs, passed the comment on Nayanthara at the trailer launch of her upcoming Tamil film "Kolayuthir Kaalam" on Saturday.

"Nayanthara has acted as ghost and as goddess Sita as well. Earlier, K.R. Vijaya was the most popular choice to play the role of goddess. Today, anyone can be cast to play a goddess. They can cast someone who you want to pray to when you look at them, they can also cast someone you want to call towards you when you see them," Ravi had said.

His comment earned a lot of backlash on social media after his speech clip got circulated.

Well-known singer and dubbing artiste Chinmayi Sripaada was among the first to call out Ravi`s insensitive comments on Nayanthara.

A few months ago, Radha Ravi, who heads the dubbing union in TN, banned Chinmayi for speaking out against lyricist Vairamuthu for sexual harassment.

Sharing the clip on her Twitter page, she wrote: "Ok. So the Producer`s council and the Nadigar Sangam can`t take any action in my case because they cannot `interfere in the functioning of other unions`. But this man is actually abusing a successful female actor on stage. Do take action, if you could?"

Varalaxmi wrote on her Twitter page: "Shaming women, making offensive jokes on women (which they think is not offensive) degrading women, using women as eye candy have all become a part of this film industry thanks to our previous generations of women and men who didn`t react and instead thought it was ok. This is our state."

She went on to say if all the women in the film fraternity stood up with Chinmayi during `MeToo`, things would have changed.

"Silence is not going to get us anywhere. Every single woman has to stand up."

Varalaxmi also said that most film unions and associations are run by "male chauvinists".

"They will never act on anything and jus act like they support women, when in reality each of them has in one way or other contributed to this situation of women being degraded either in their reel or real lives," she said.

Filmmaker Milind Rau, joining the outrage, said he will never work with Radha Ravi ever again.

"This is disgusting behaviour! I personally take a stand that I will never work with this misogynistic person ever again," he tweeted.

Nayanthara`s partner Vignesh Shivn said he feels "clueless" and "helpless" because nobody would take action on Radha Ravi as he comes from a very popular family.

"He keeps doing this to seek attention! Brainless! Sad to see audience laughing and clapping for his filthy comments," he tweeted.

Shivn also said that nobody had any idea that the event was going to take place for an incomplete film.

"The actual producers or directors left the film few years back I guess! Inappropriate event with unnecessary people sitting and not knowing what to speak! If this is called promoting a movie then it`s good to stay away from such events which don`t have any need but just to give opportunities like this for jobless people to vomit some senseless, useless stuff on stage."

Nayanthara plays a mute and deaf character in "Kolayuthir Kaalam", which has been directed by Chakri Toleti.