The rumours of Sapna Chaudhary joining the party had been rife even during Lok Sabha election when she had campaigned for Manoj Tiwari. 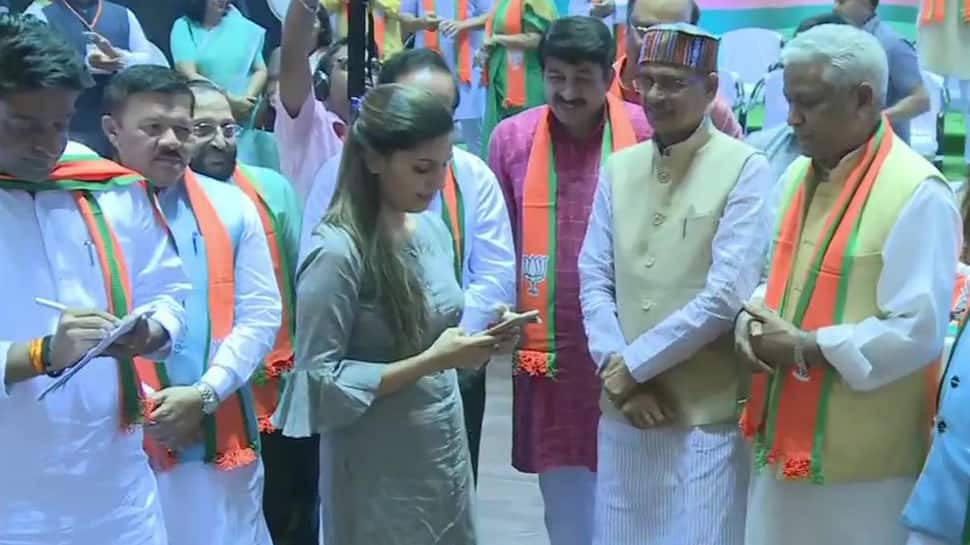 The rumours of Sapna joining the party had been rife even during Lok Sabha election when she had campaigned for Manoj Tiwari. However, the actor-dancer had then stated that she is not joining the party but is only campaigning for Tiwari who was BJP's Lok Sabha candidate from North East Delhi. "I have not joined BJP, I'm here because Manoj Tiwari ji is a good friend of mine," she had then said. Tiwari had said that he will be happy if she campaigns for the BJP.

There were also rumours earlier that she may join Congress, after pictures of her signing some papers surfaced on the internet. She had refuted the reports and said that she will not join any party.

Over the speculations of her joining the Congress, Tiwari had said that the grand old party was stooping to low levels to get votes. Tiwari had said: "She had clearly said that she hasn't joined Congress and she won't be doing campaigning for the party. Without Sapna's consent, Congress has used her old pictures to spread the news that she has joined Congress and will contest from Mathura. She is the biggest superstar and Congress has stooped to such level, which was not expected under Priyanka Gandhi Vadra."