The PIL seeks urgent directions to authorities to ensure protection for Kashmiri students. 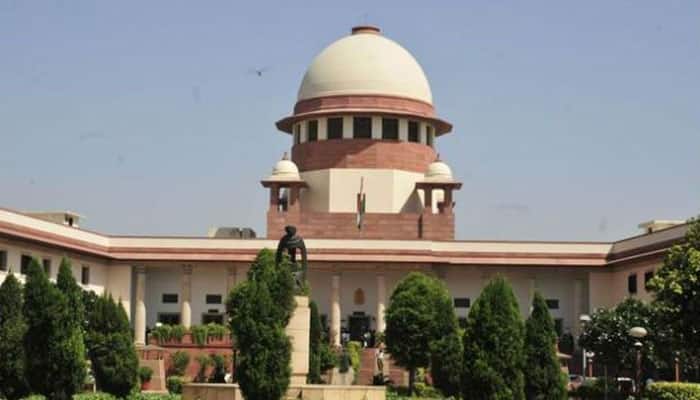 NEW DELHI: The Supreme Court is scheduled to hear on Friday a PIL seeking a direction to authorities to protect Kashmiri students who are allegedly being attacked across the country in the aftermath of the Pulwama terror attack on the CRPF convoy in which at least 40 troopers were killed.

A bench, comprising Chief Justice Ranjan Gogoi and Justices LN Rao and Sanjiv Khanna on Thursday took note of senior advocate Colin Gonsalves' submission that the plea needed to be heard urgently as it relates to the safety and security of students.

The plea alleges that students from Kashmir Valley are being attacked at different educational institutions across the country after the Pulwama terror attack and authorities concerned should be directed to take actions to stop such assaults.

Gonsalves has filed the plea on behalf of petitioner Tariq Adeeb.

The petitioner has referred to dozens of media reports of the attack on Kashmiri students across the country in the aftermath of the attack on a CRPF convoy by an explosive-laden SUV on February 14.

He also said the students from the Valley were living in other states in constant fear and threat post the Jammu and Kashmir attack.

Adeeb also referred to the statement of Meghalaya Governor Tathagata Roy exhorting the boycott of Kashmiris and their goods.

Meanwhile, former Jammu and Kashmir chief minister and National Conference leader Omar Abdullah had slammed Prime Minister Narendra Modi and the Congress leadership over their silence on the issue.

Addressing a press conference in Srinagar on Thursday, Abdullah hit out at both the PM and the Congress for not speaking out against the "systematic targeting of Kashmiris" in various parts of the country.

The NC leader said he had been looking for a statesman but only found politicians, and asserted that the country needs an alternative to the BJP, not BJP's B-team.

"We didn't have much expectation from the BJP but we had expectations from the prime minister. We had hoped he would keep politics aside and say something," he said.

"While the PM is silent, it is sad the country's largest opposition party's leadership also remained silent," Abdullah added.

"There is a need to ensure the safety of Kashmiri students who have returned home fearing attacks on them," he said, adding that arrangements should be made so they don't suffer academic losses.

The people of J&K, Abdullah said, were expecting to hear two words of sympathy and moral support from the Congress.

"They had a press conference where everything was talked about. But they should have talked about the systematic targeting of students as well. These are the very forces that Congress is fighting with words and want to defeat... We regret the Congress has not raised its voice against these forces effectively, " the NC leader said.

Abdullah also criticised Meghalaya Governor Tathagatha Roy for backing the boycott of "everything Kashmiri" and said it was unfortunate.

At least 40 CRPF personnel were killed in south Kashmir's Pulwama district on February 14, in a terror attack allegedly carried out by banned terror outfit Jaish-e-Mohammed.

Many sitting BJP MPs in UP may be denied tickets for Lok Sabha election 2019 over poor performance: Sources