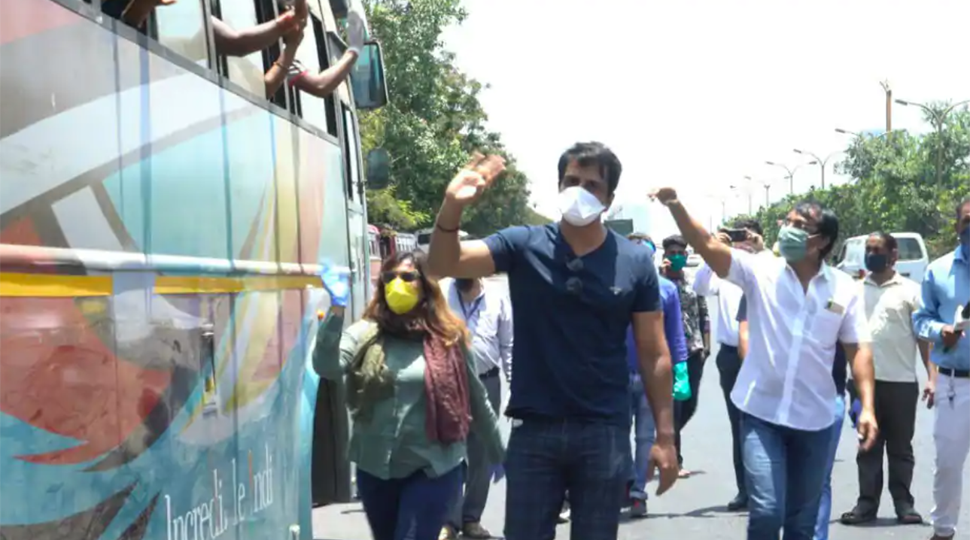 Raut wrote in his 'Saamna' Editorial that during the coronavirus COVId-19 lockdown period, a new "Mahatma" named Sonu Sood has appeared out of nowhere. "It is being said that Sonu Sood transported millions of migrant laborers to his home in other states," and the Governor of Maharashtra has also praised "Mahatma Sood" for his work.

Raut said that Sood's actions suggests that the state governments and the Central government have failed to do anything for the migrant workers and it was only Sood who was helping them go to their native places during the lockdown.

It may be recalled that Sood met Maharashtra Governor Bhagat Singh Koshyari at Raj Bhavan few days ago to inform him about his work to help migrant workers reach their home states. Governor Koshyari praised Sonu Sood for his work and assured him complete support in this regard.

Notably, Sonu Sood grabbed everyone's attention for transporting migrant workers to far off states such as Karnataka, Bihar, Jharkhand, and Uttar Pradesh during lockdown. The actor has also launched a toll-free helpline to help migrants reach their homes.