Her representative in Amethi, Vijay Gupta said that Irani will take stock of the various developmental works that are being done in Amethi. 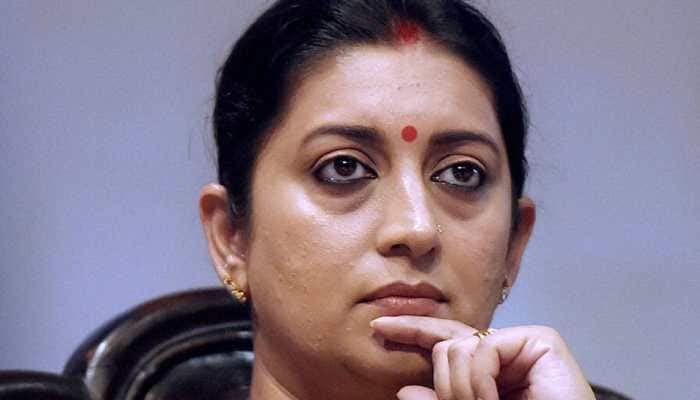 Amethi: Union Minister Smriti Irani, who is on a two-day visit to her parliamentary constituency Amethi, has called for a complete ban on single-use plastic, here on Wednesday.

Talking to a shopkeeper in Gauriganj, Irani asked him not to use plastic for any purpose. She gave similar advice to others.

Earlier, Irani reviewed a number of developmental projects in her constituency.

Her representative in Amethi, Vijay Gupta said that Irani will take stock of the various developmental works that are being done in Amethi.

On Wednesday, she inspected the beautification work being done on the Sagra lake and also held a review meeting with the railway department on the progress of the Salon-Unchahar rail line.

On Thursday, the minster will start her programme from Jawahar Navodaya Vidyalaya where she will inaugurate a kitchen garden.

She will hold a chaupal in Cheda village later, before overseeing the arrangements at the Central Reserve Police Force (CRPF) camp in Trisundi village where a recruitment drive will be held.

She will also unveil Swami Vivekanand`s statue at the Rajiv Gandhi Petroleum Sansthan before leaving for Delhi on Thursday.

2,772 gifts received by PM Modi to be auctioned, proceeds to go to 'Namami Gange' project