Prime Minister Modi also stated that historic steps taken by the government like the abrogation of 370 have sent a message to the world. 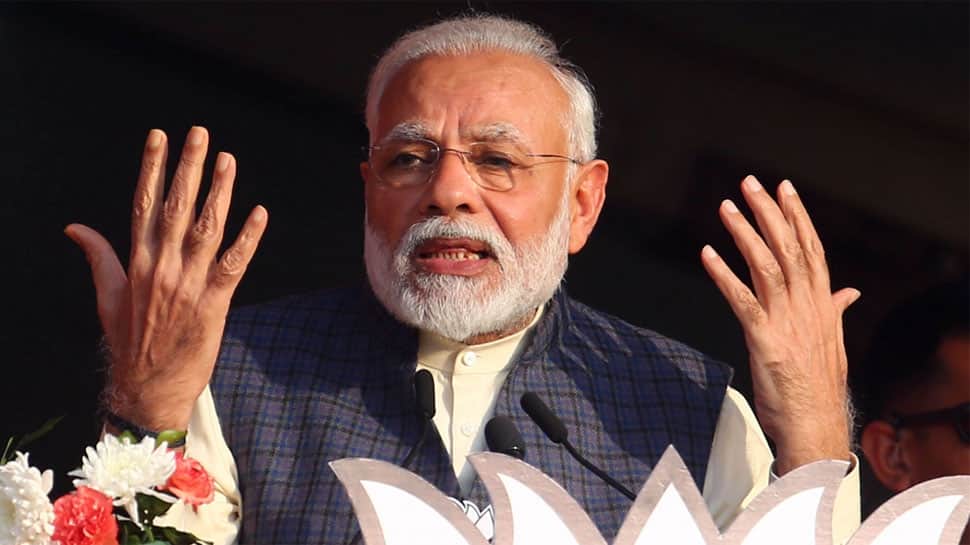 New Delhi: Prime Minister Narendra Modi on Tuesday asked BJP`s parliamentary party members to reach out to the people and apprise them about the historic agreements to thwart insurgency and ensure peace in the North East. Speaking to BJP MPs on 4 February, the Prime Minister asked them that the historic accords to settle BRU refugees and Bodo peace accord was not being highlighted and needed to be brought to the fore.

"The Prime Minister said that the central government was trying its level best to find a permanent solution to all insurgency operations in the North East on a priority basis," sources said.

Prime Minister Modi also stated that historic steps taken by the government like the abrogation of 370 have sent a message to the world. The Narendra Modi-led central government has been proactive in seeking peace for the North East region with the party also calling on ULFA and Naga extremists to join mainstream earlier.

The Prime Minister pointed out that this had ensured better goodwill for the country across the region and internationally as it was attempting to promote peace in the region.

Union Health Minister Dr Harsh Vardhan and External Affairs Minister S Jaishankar also apprised the MPs on the steps taken by the government to tackle the coronavirus outbreak, how it planned to control its spread and how Indian Nationals were flown in from China.

Apart from this issue, the Prime Minister also asked the party MPs to be more active indicating that they may have been deployed for the campaign in Delhi assembly, they still had to participate in parliamentary proceedings. He sarcastically said that "We MPs are so busy we don`t care."

The Prime Minister is also understood to have asked his party MPs to go on the offensive on budget and asked them to reach out to the masses stating that it was a pro-people budget. (ANI)