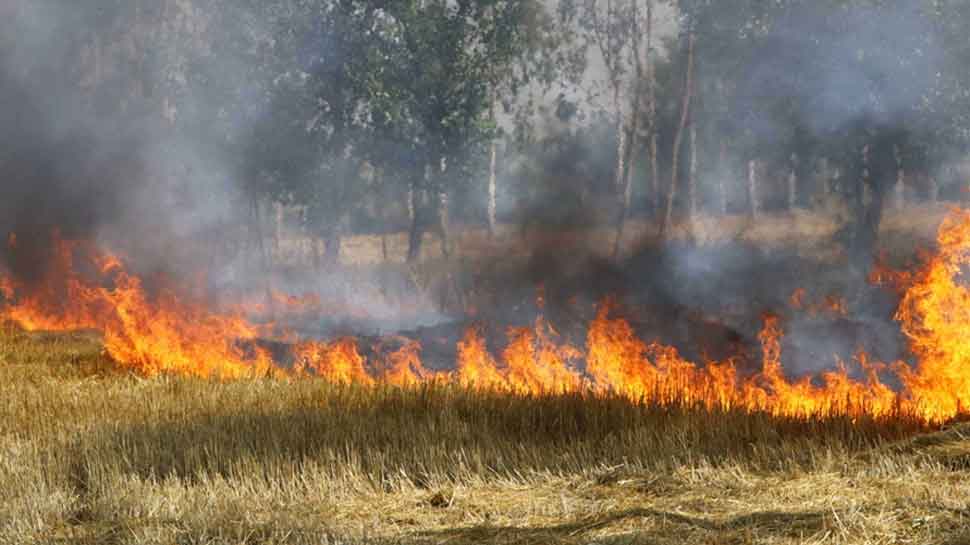 New Delhi: Concerned over rising incidents of stubble burning despite a ban by the government, the National Green Tribunal (NGT) on Tuesday sought Action Taken Report from Uttar Pradesh, Haryana and Punjab, besides asking the state governments to designate concerned officers accountable for it.

The tribunal referred the matter for next hearing on November 15.

A bench headed by NGT chairperson Justice Adarsh Kumar Goel today said, "Burning of crops is still taking place and states have no been able to communicate this to the farmers. Equipment and machines used for managing stubble will be provided to farmers."

Over the years,rampant stubble burning have been reported from Punjab, Haryana and Rajasthan, thus depleting air quality in nearby states. Last month, NASA satellite images recorded several incidents of farm fires across Haryana and Punjab, indicating that the stubble burning season had started in the two states.

On a closer look, farmers residing in Haryana and Punjab usually burn the crop residue after harvesting paddy in the autumn season in order to clear the fields for summer harvest. Smoke from these two states travels to the national capital each year, leading to a spike in the air pollution levels.

Taking a serious note of the growing air pollution in Delhi, the Supreme Court on Monday asked the Ministry of Environment, Forests and Climate Change (MoEF) to submit a status report on the recommendations of a high-level task force constituted to look into stubble burning in capital's neighbouring states. The apex court is hearing a matter related to pollution in Delhi-NCR.