Sources have said that broad discussions are likely to be held on the number of seats to be fought by each Mahagathbandhan constituent in Bihar during the Lok Sabha election. 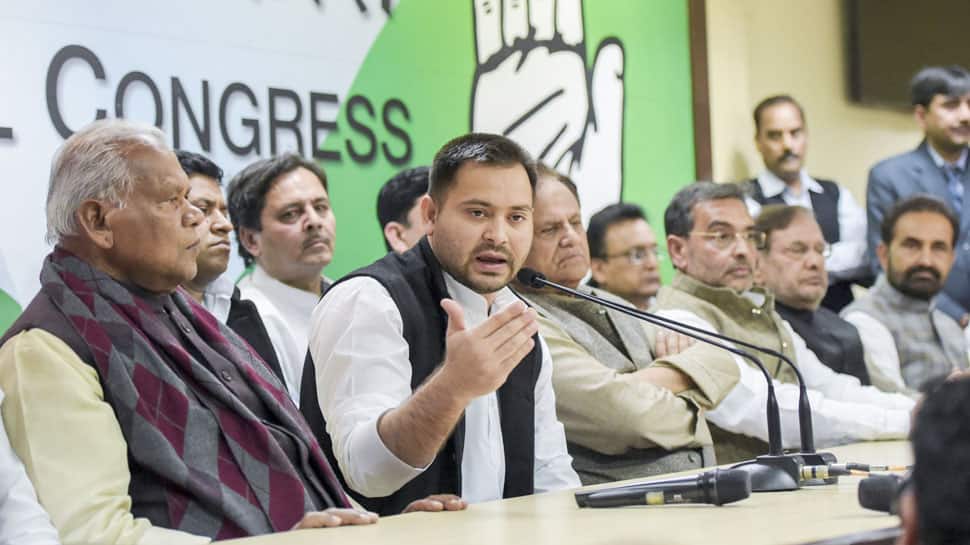 Former Bihar deputy chief minister and Rashtriya Janata Dal (RJD) leader Tejashwi Yadav has convened a meeting of the constituents of Mahagathbandhan at his residence in Patna on Monday. According to reports, the meeting will be the first formal deliberation on seat sharing and other issues concerning the Lok Sabha elections, slated to be held in 2019.

Sources have said that broad discussions are likely to be held on the number of seats to be fought by each Mahagathbandhan constituent in Bihar during the Lok Sabha elections. The constituents will also seek to identify constituencies best suited all partners.

However, the sources added that a final agreement is unlikely to happen in the meeting. The parties will wait for a decision on the bail plea of RJD supremo Lalu Prasad Yadav, who is currently serving sentence in fodder scam cases. A decision on his bail has been reserved by the Jharkhand High Court.

In December, a meeting of the Mahagathbandhan partners had taken place in the national capital, wherein Upendra Kushwaha’s RLSP was included in the grand alliance of opposition parties. Days after the meeting, Tejashwi Yadav and Upendra Kushwaha met Lalu Prasad Yadav in Ranchi.

Sources close to the jailed RJD supremo and former Bihar chief minister had said that preliminary talks were held between Lalu and other leaders regarding seat-sharing in the anti-NDA grouping. Since the RJD is believed to be the pivot of the Mahagathbandhan in Bihar, Lalu’s approval on the seat sharing issue holds significance.

Following the meeting, Kushwaha had said, "There were some political discussions also, the details of which we need not make public. But, of course, we discussed the strategy to defeat the BJP-led NDA in both Bihar and Jharkhand."

Fireworks likely in Parliament as BJP, Congress continue to spar over Rafale, HAL