Water level of Yamuna river at old iron bridge, also known as loha pull, in Delhi was recorded at 204.95 metres on Thursday morning, which is 0.38 metres below the danger level mark of 205.33 metres, news agency ANI said. 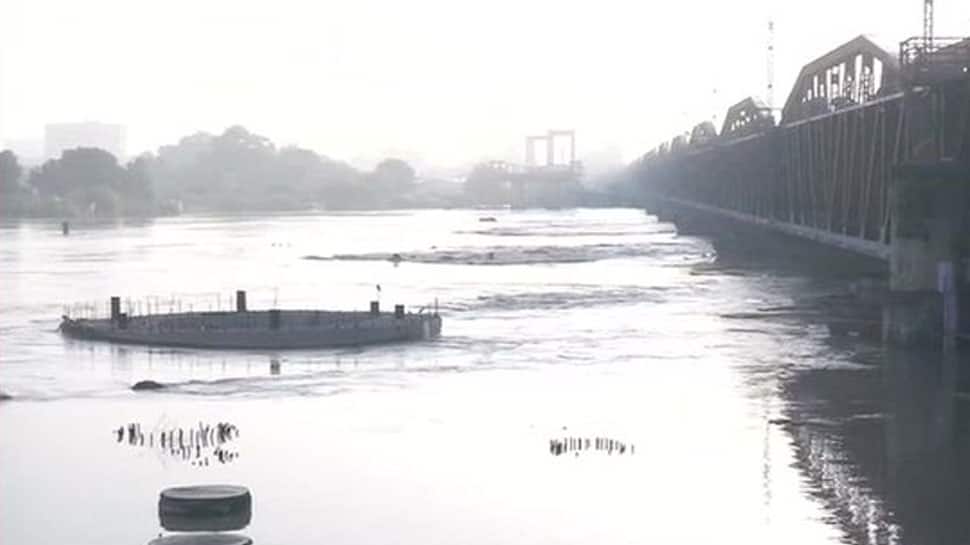 New Delhi: Water level of Yamuna river at old iron bridge, also known as loha pull, in Delhi was recorded at 204.95 metres on Thursday morning, which is 0.38 metres below the danger level mark of 205.33 metres, news agency ANI said.

However, the situation remains critical as the water level still flows above the warning mark of 204.5 metres. The water level had started receding on Wednesday as it came down to 206.50 metres till 4 pm.

In a relief to the people, the alert that was raised against the water level was withdrawn on Wednesday as the Delhi government expected the water level to further go down.

Vehicular movement over the old iron bridge, which was stopped on Monday amid the rising water levels in the Yamuna, was resumed on Wednesday evening on both sides while the Northern Railways also restored rail traffic at 6.25 pm on Wednesday with restrictions on the speed at 20 kmph.

The rail traffic on the iron bridge was temporarily suspended on Tuesday amid concerns of rising water level.

Due to inundation of low-lying areas along the Yamuna floodplains, over 15,000 people living there were shifted to relief camps set up by various government agencies till Wednesday. Earlier that day, Delhi Chief Minister Arvind Kejriwal met the people affected by the flood and said the government will ensure that there is no shortage of relief materials.

The water level in the Yamuna rose significantly after huge amounts of water from Hathni Kund Barrage in Haryana was released. Around 8.47 lakh cusecs of water was released from Hathnikund barrage on Sunday, which is the highest ever recorded water release.