6 dead, 33 injured after bus falls in ditch in Jharkhand's Garhwa; over 12 still trapped at accident site

Over 12 passengers are still trapped inside the bus. Efforts to rescue them is underway.

Ranchi: At least six persons died and 33 injured after a bus fell in a ditch at Annaraj Valley near Jharkhand's Garhwa in the early hours of Tuesday. Over 12 passengers are still trapped inside the bus. Efforts to rescue them is currently underway.

The bus was on its way to Garhwa from Chhattisgarh, when it crashed into the wall guard at around 2 pm and plunged into a deep ditch, turning turtle.

Local villagers were the first responders at the site. Soon police joined in the rescue efforts.

The injured have been shifted to a nearby hospital. 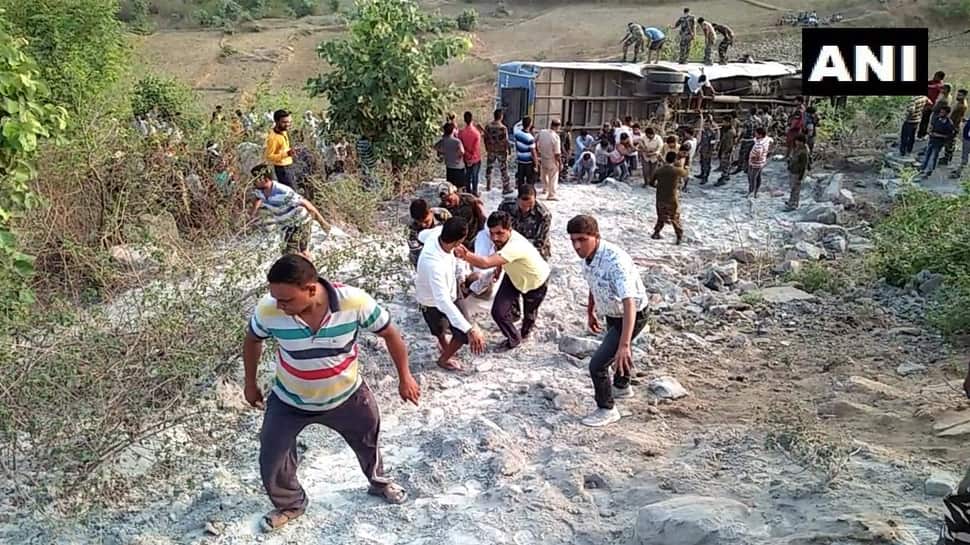 The incident comes within a week of the Kullu bus accident that claimed 44 lives and left at least 16 others critically injured. The overloaded bus fell into a 500-metre-deep nullah near the Dhoth Morh in Banjar tehsil of Kullu district on Thursday.