The debate over Nathuram Godse surfaced after MNM chief Kamal Haasan said that 'free India's first extremist was a Hindu'. 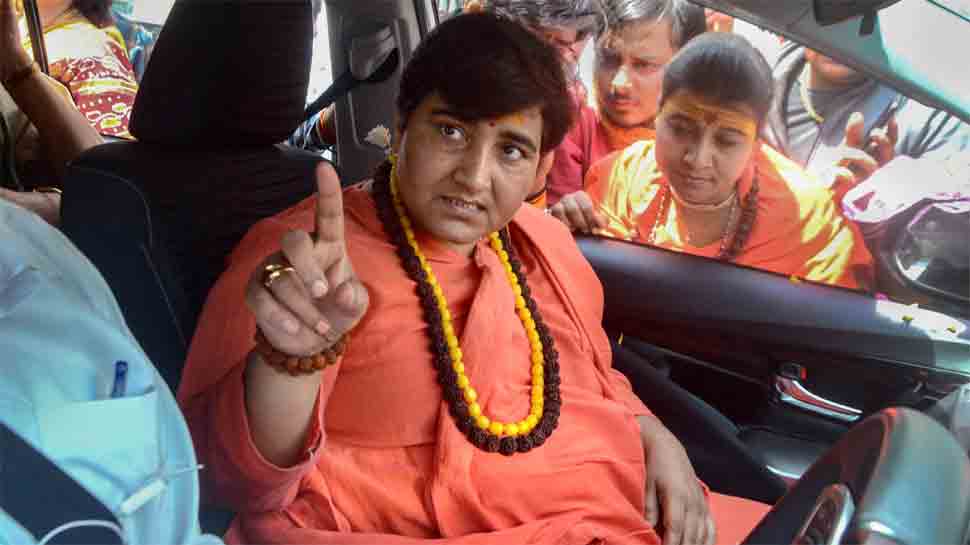 Calling her statement 'objectionable', Parashar said the party would summon her and seek clarification from her for her remarks. He added that the world knows that Father of the Nation Mahatma Gandhi was killed by Godse and hence, Sadhvi must apologise for her remarks.

BJP leader GVL Narasimha Rao too said that the party does not agree with Sadhvi Pragya's remarks on Godse and hence she should issue an apology for it.

Attacking the saffron party over the controversial statement by its Bhopal Lok Sabha candidate, Congress spokesperson R Surjewala said, "India's soul is under attack by the successors of Godse, the BJP ruling dispensation. BJP leaders are describing the murderer of Father of the Nation as a true nationalist and declaring those who sacrificed their lives for nation like Hemant Karkare as anti-nationals."

Congress leader Digvijaya Singh, who is contesting against Sadhvi Pragya from Bhopal, attacked BJP and Prime Minister Narendra Modi over her statement and asked them to apologise to the nation. "Modi ji, Amit Shah ji & the state BJP should give their statements & apologize to the nation. I condemn this statement, Nathuram Godse was a killer, glorifying him is not patriotism, it is sedition," news agency ANI quoted him saying.

Sadhvi Pragya Singh today stoked yet another controversy after she hailed Nathuram Godse as a 'deshbhakt' (patriot). "Nathuram Godse was a deshbhakt, is a deshbhakt and will remain a deshbhakt," Pragya said when questioned about actor-turned-politician Kamal Haasan's remark that India's first terrorist was a Hindu, referring to Godse.

She claimed that comments like these by Haasan will dent his electoral prospects. "People calling him a terrorist should instead look within, such people will be given a befitting reply in these elections," she said.

A Malegaon blast case, Sadhvi Pragya is not new to controversial remarks. After being fielded by the BJP in Lok Sabha polls she had said that ATS Hemant Karkare, who was killed in action during the 2008 Mumbai terror attacks, died because she had cursed him.

Karkare, former chief of Mumbai's Anti-Terrorism Squad, was probing the Malegaon case. The comments not only earned her criticism from all corners but also got her a notice from the Election Commission forcing her to withdraw her statement.

She was barred from campaigning for three days by the poll body for her comments about Babri Masjid demolition. "I will go to make the Ram Temple. I have said it before and I am not denying it that I had gone there. I have demolished the Babri structure. He is my Ram ji and no one can stop me from making a grand Ram temple. The nation is Ram, Ram is a nation," the newly-minted politician had said.

An FIR was filed against her for her statement on the communally sensitive subject.