Reposing faith in an old war horse, the Congress has nominated four-time MP and former railway minister Pawan Kumar Bansal for the seat. 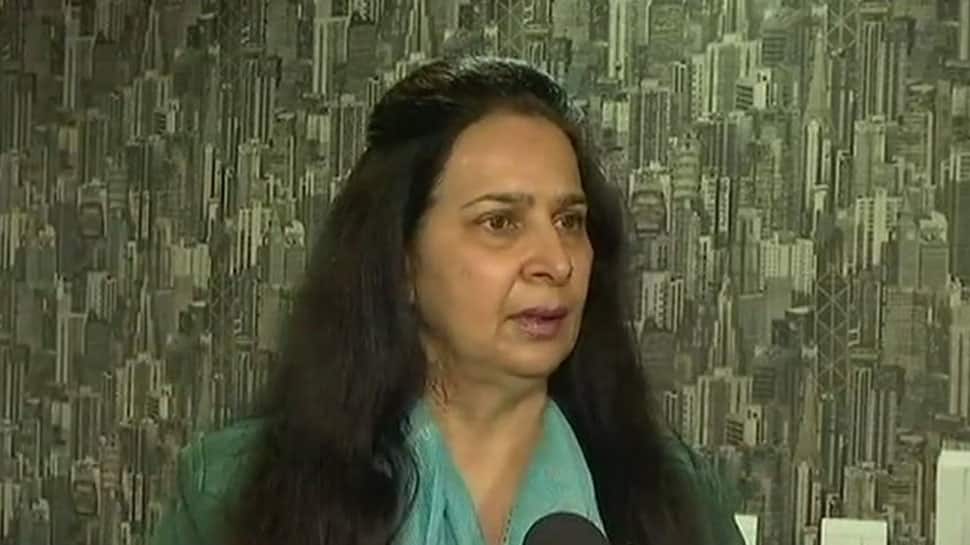 Chandigarh: Former MLA Navjot Kaur Sidhu does'nt hide her disappointment over the Congress decision not to field her from the Chandigarh Lok Sabha constituency, where she had already started holding public meetings in anticipation of a party nomination.

"I would have loved it if they had respected a lady trying to showcase her individual work," she told PTI on Wednesday, flagging also the fact that she left her profession - she was a gynaecologist - to devote herself to politics. She was asked if she was disappointed over the party's decision.

Reposing faith in an old war horse, the Congress has nominated four-time MP and former railway minister Pawan Kumar Bansal for the seat.

Navjot Kaur Sidhu, wife of Punjab minister Navjot Singh Sidhu, and former Union minister Manish Tewari had also staked their claims to the ticket from the seat that is often considered a party stronghold. In 2014, however, the Bharatiya Janata Party's (BJP) Kirron Kher won.

"But it is okay. That is how the party works," Sidhu, the former BJP MLA from Amritsar (East), said after signalling her disappointment with the Congress decision announced Tuesday night.

Sidhu was meeting her supporters who had been with her for the last one and half months, as she held a series of public meetings in Chandigarh. She said she didn't have anyone to 'represent' her before the party leadership. "I was a loner. I went and applied myself and I was fighting my own case," she said.

She said after applying for Chandigarh, she never thought about the possibility of contesting from anywhere else. But Sidhu went on to endorse Bansal as the party's choice, even suggesting that 'there was no competition' because of his seniority.

"I welcome the decision. He is such a senior leader. It is not that he is a new leader," she said. "The people are actually the judges of a candidate," she said, adding they will decide on the party's choice.

Asked if she would campaign for Bansal, Sidhu replied, "If he needs me. I do not think he needs me. But, if he calls me I will fully support him," she said.

Navjot Kaur Sidhu and Navjot Singh Sidhu switched sides from the BJP to the Congress ahead of the last assembly elections in Punjab.

As a member of the state cabinet, Navjot Singh Sidhu has had an uneasy relationship with Chief Minister Amarinder Singh.

The CM had openly expressed disapproval over the cricketer-turned-politician's visit to Islamabad to attend the swearing in of Imran Khan as Pakistan prime minister. Chandigarh will go to the polls in on May 19.