Gopal Rai has accused Congress of taking a step back after an alliance was almost finalised for Lok Sabha election 2019. 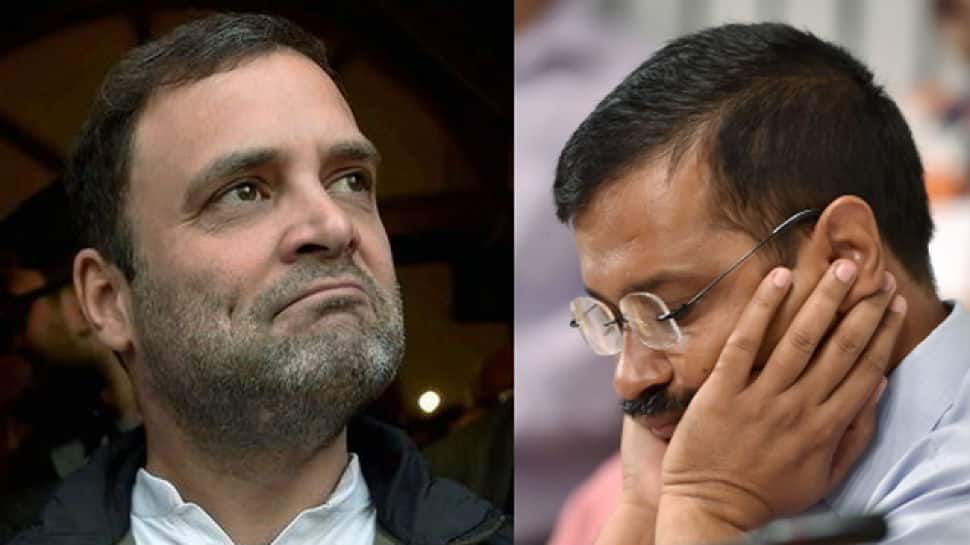 New Delhi: There appears no end to the bickering between Aam Aadmi Party (AAP) and Congress as both look at ways to stitch together an alliance for Lok Sabha election 2019.

After nearly a month of frantic negotiations, AAP leader Gopal Rai on Thursday said that Congress had stepped back after the finer details had been almost worked out. "We had made one last effort. Sanjay Singh ji held talks, but can't understand that after almost finalizing the matter and seat sharing, why the Congress stepped back last evening," he told news agency ANI.

Both AAP and Congress have gone back and forth on the issue of forming an alliance against the Bharatiya Janata Party (BJP) and Narendra Modi. While AAP chief Arvind Kejriwal has said he is ready to do all that it would take to defeat BJP, the Delhi CM also said that AAP can be successful on its own.

Kejriwal and Congress chief Rahul Gandhi have also taken potshots at each other on Twitter. While Rahul said earlier this week that Kejriwal has taken a U-turn on the question of alliance, Kejriwal hit back almost immediately and said that Congress is working to help BJP by dividing anti-Modi votes in UP and other states.

It is reported that the two parties thus far have been unable to reach a consensus over the seat-sharing arrangement in Delhi, Haryana, Punjab and Goa. Both parties claim they have made enough leeways for the other but also blame each other for not letting an alliance take a final shape.

Each time it appears that the talks have broken down completely, however, both AAP and Congress leaders hand each other an olive branch.