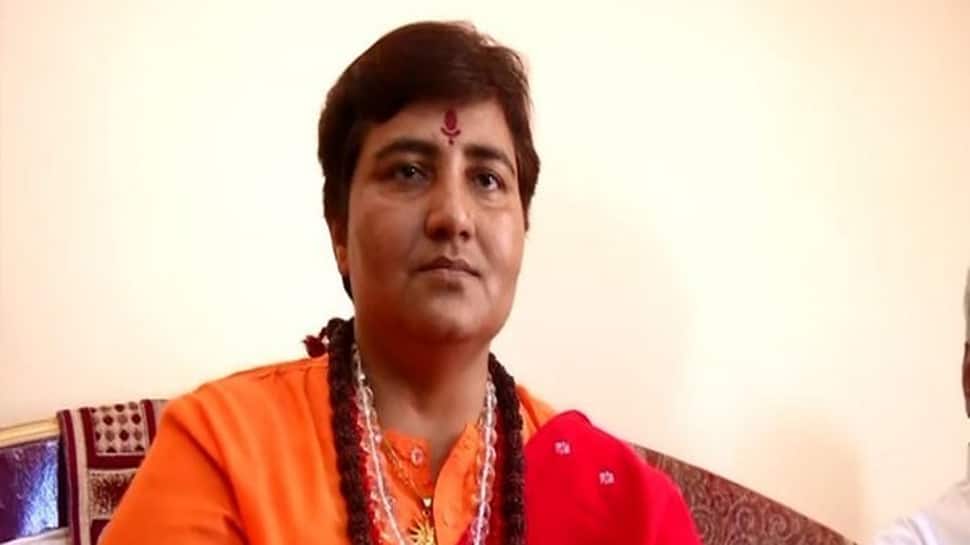 The Election Commission (EC) has sought a factual report from Madhya Pradesh Chief Electoral Officer by Friday over the remark, "Nathuram Godse was, is and will remain a 'deshbhakt'", made by BJP Bhopal Lok Sabha candidate Pragya Singh Thakur. Thakur on Thursday waded into another controversy after she hailed the killer of Mahatma Gandhi as patriotic (deshbhakt). Pragya was responding to Makkal Needhi Maiam chief Kamal Haasan's remarks on Godse, which stirred controversy.

"Nathuram Godse was a deshbhakt, is a deshbhakt and will remain a deshbhakt'. People calling him a terrorist should instead look within. Such people will be given a befitting reply in these elections," she said.

Sadhvi Pragya said she made the comments on the spur of the moment to a question linked to 'saffron terror', besides accusing the media of twisting her words.

Earlier in the day, the BJP distanced itself from Pragya Thakur's remarks on Godse and condemned it, calling it 'objectionable'. Speaking about it, Pragya called herself a disciplined worker of the party and said her party's line is her line.

Reacting to the statement, BJP leader GVL Narasimha Rao condemned it adding that the BJP disagreed with the statement. "Party will ask her for clarification," said Rao.

The Congress demanded an unconditional apology from PM Narendra Modi and punitive action against Thakur, including withdrawal of her candidature from the Bhopal Lok Sabha seat, over her remarks. In a stinging attack, Congress chief spokesperson Randeep Surjewala said, "India's soul is under attack by successors of Godse, the BJP ruling dispensation. BJP leaders are describing the murderer of the father of the nation as a true nationalist and declaring those who sacrificed their lives for the nation like Hemant Karkare as anti-nationals."