Mamata Banerjee said, "Just because DMK and its leader MK Stalin are opposed to Narendra Modi and BJP, they are being unnecessarily harassed." 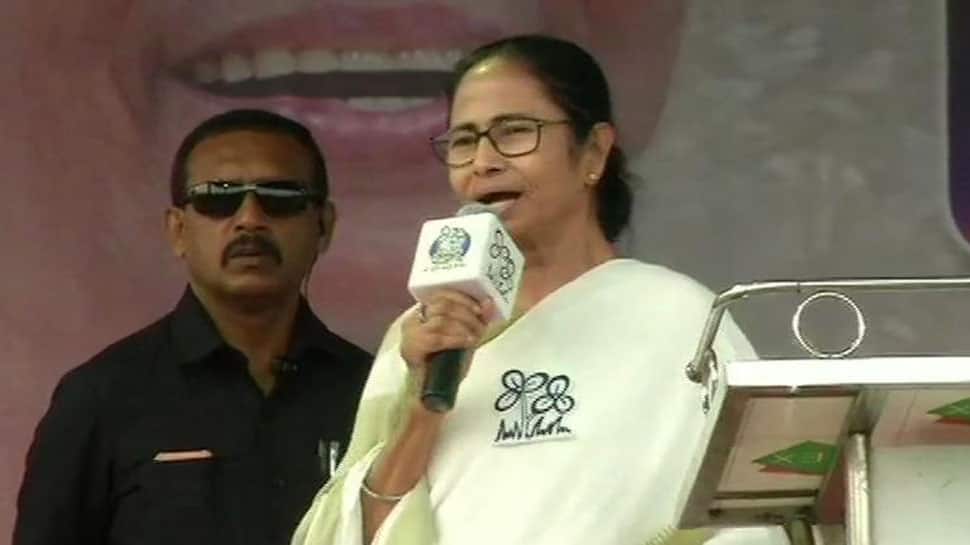 Murshidabad: West Bengal Chief Minister Mamata Banerjee hit out at the Narendra Modi-led NDA government over the Income Tax raids at DMK leader Kanimozhi's residence in Tuticorin on Tuesday night. Addressing an election rally in Murshidabad, Mamata said that "Kanimozhi was harassed as her party opposed to the BJP" and added that "TMC supports DMK."

"It is a shame that BJP is using central agencies against opposition leaders and parties to harass them. Yesterday the Income Tax (department) without any reason raided Kanimozhi's house. Just because DMK and its leader MK Stalin are opposed to Narendra Modi and BJP, they (DMK leaders) are being unnecessarily harassed," PTI quoted Mamata as saying.

Two days ahead of the second phase of Lok Sabha election, I-T officials raided Kanimozhi's  Tuticorin residence, from where she is contesting. BJP has named Tamilisai Soundararajan as their candidate from Tuticorin.

"For us, a leader is such a person who is loved and respected by people from various sections of the society. But for the first time since Independence, we have a leader like the prime minister who is ruling the country by a reign of fear," Mamata added.

Following the raids at her premises, Kanimozhi too slammed BJP and said, "BJP cannot prevent my success through this income tax raid. The raid is anti-democratic, deliberately planned and tested, and no documents have been seized."

"Over the last five years, every government agency has been exploited. They've become a part of BJP. CBI, ED, RBI IT, EC all have been compromised. Only opposition leaders have been targeted repeatedly," Kanimozhi added.

DMK MP candidate Kanimozhi on I-T raids at her house in Thoothukudi: Over the last 5 yrs, every government agency has been exploited. They've become a part of BJP. CBI, ED, RBI IT, EC all have been compromised. Only opposition leaders have been targeted repeatedly. #TamilNadu pic.twitter.com/qoRlv9hXCE

After the raids, I-T sources said that nothing suspicious was found at Kanimozhi's residence.

DMK chief MK Stalin, who is Kanimozhi's brother, also hit out at the Narendra Modi government and alleged, "Crores and crores of rupees are kept in Tamilisai Soundararajan's residence, why no raids there? Modi is using IT, CBI, judiciary and now EC to interfere in elections. They are doing this as they fear losing."

Polling to all 39 seats in Tamil Nadu will be held on April 18 in the second phase of the Lok Sabha election.