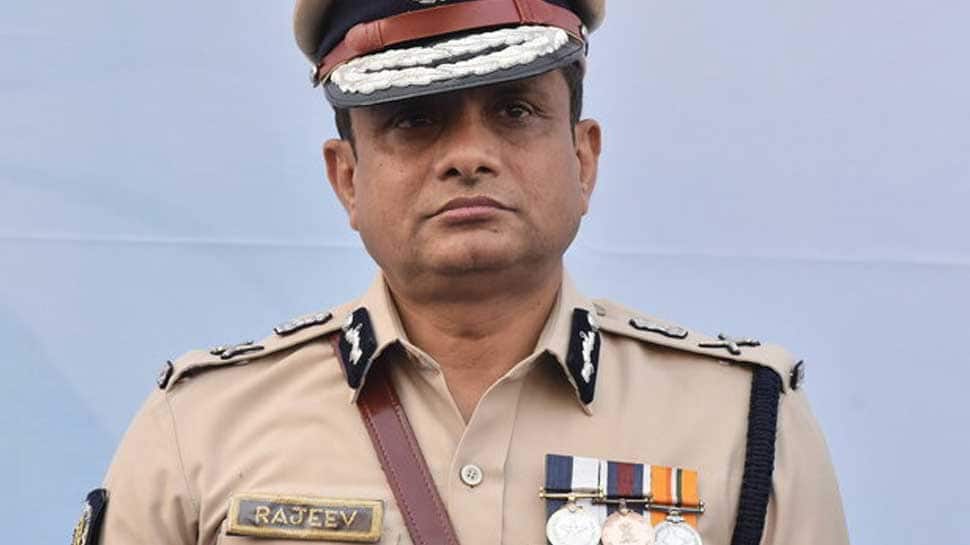 NEW DELHI: West Bengal IPS officer Rajeev Kumar, who was relieved by the Election Commission from the post of state's ADG, CID following violence in Kolkata, reported for duty at the Union Home Ministry in the national capital on Thursday.

Kumar reported two hours later than the time set by the poll panel.

Sources said that Rajeev Kumar met a senior officer concerned in the Home Ministry between 12 noon and 1 PM and then left.

Rajeev Kumar, a 1989 batch IPS officer, has also served as Kolkata Police Commissioner between May 2016 and February 2019.

The poll panel had set 10 AM as the reporting time for Kumar, which he missed as he was waiting for his relieving order from the West Bengal government.

The EC had on Wednesday relieved Kumar from his post with immediate effect and directed him to report for duty in the Home Ministry in Delhi at 10 AM on Thursday.

It may be recalled that Kumar had earlier been questioned by the Central Bureau of Investigation (CBI) in connection with the multi-crore Saradha chit fund scam.

West Bengal Chief Minister Mamata Banerjee had in February staged a 70-hour dharna after the CBI made a bid to question Kumar at his residence in Kolkata, which was thwarted by the local police.

The CBI later approached the Supreme Court with a request to intervene in the matter.

The Election Commission also removed, with immediate effect, West Bengal`s Principal Secretary (Home) Atri Bhattacharya for "having interfered" in the poll process and curtailed the poll campaign in the state by a day, ordering stoppage of electioneering from 10 PM on Thursday on the remaining nine Lok Sabha constituencies going to the polls on May 19.

The EC, for the first time, invoked Article 324 of the Constitution which gives it special powers to control and give directions for holding elections.

The poll panel took the decision following reports of violence during a roadshow by BJP president Amit Shah in West Bengal. During the violence, West Bengal's icon Iswar Chandra Vidyasagar`s statue was vandalised.