"BJP considers him a martyr. This is Sadhvi Pragya's personal statement which she might have given because of the mental and physical torture she had faced," said BJP. 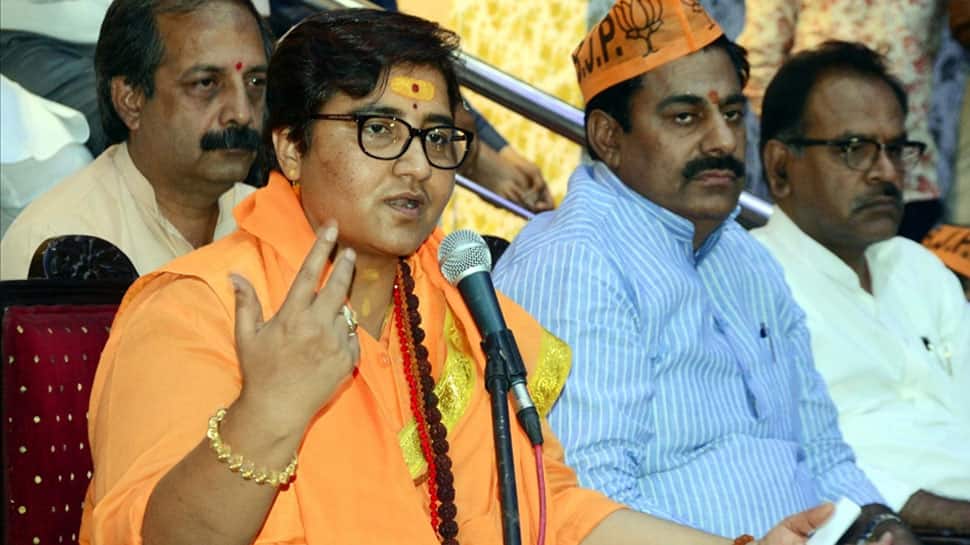 "BJP considers him a martyr. This is Sadhvi Pragya's personal statement which she might have given because of the mental and physical torture she had faced," read the statement released by the party, news agency ANI reports.

BJP releases statement over the remarks made against late Hemant Karkare by BJP LS candidate for Bhopal, Pragya Thakur; says, "BJP considers him a martyr. This is Sadhvi Pragya's personal statement which she might have given because of the mental & physical torture she had faced" pic.twitter.com/CNr5n5EbDl

Sadhvi Pragya, while addressing a group of party workers, had courted controversy by saying that Hemant Karkare was killed during the attack because she had cursed him.

Thakur also alleged that the late ATS chief wanted to declare her as a terrorist and accused him of abusing and torturing her.

A complaint has been filed against her. "The state's electoral body has taken cognizance of the matter and the same is under inquiry,'' Madhya Pradesh's Chief Electoral Officer said.

Sadhvi Pragya is facing trial in the 2008 Malegaon blast case, in which over six people were killed and several others were injured. She was arrested in 2008 but was given a clean chit by the National Investigation Agency (NIA) in 2015 due to lack of evidence. However, she still faces a number of charges.

She was inducted in BJP earlier this week and will fight against Congress leader Digvijaya Singh from Bhopal.

Sadhvi Pragya is expected to file her nomination from Bhopal on April 23.