Kamal Haasan also took a jibe at MK Stalin saying he cannot be wearing a torn shirt, and even if his shirt gets torn in the Assembly, he would wear another shirt. 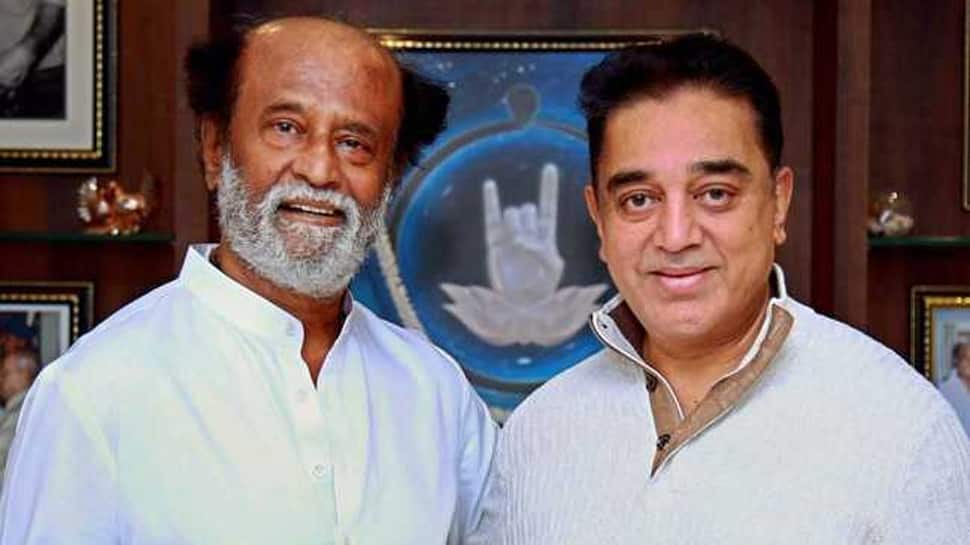 Chennai: Actor-turned-politician Kamal Haasan on Sunday took digs at DMK President MK Stalin and Rajinikanth. At the Rotaract Annual District Conference held in Chennai, Kamal Haasan said Gram Sabha is there for decades and only after he started holding such meetings in villages in Tamil Nadu that others started copying that.

The founder of MNM party was obliquely referring to DMK President MK Stalin and others holding Gram Sabha meetings. "Are you not ashamed of copying from a small boy?" he said.

At another point, Kamal Haasan said he cannot be wearing a torn shirt, and even if his shirt gets torn in the Assembly, he would wear another shirt.

Kamal Haasan was obliquely referring to Stalin, who came out of the Tamil Nadu Assembly in a torn shirt on 17 February 2018 when the AIADMK government led by Chief Minister K Palaniswami sought a vote of confidence.

Similarly, Kamal Haasan, when questioned about his bold decision to contest the Lok Sabha elections, said: "After oiling one`s body and slapping of thighs, one should not back out from the wrestling field saying he would come the next day."

If that happens then one would become a laughing stock, Kamal Haasan added.

On Sunday, actor Rajinikanth announced his decision not to contest in the Lok Sabha polls. In a statement on the letterhead of his fan club Rajini Makkal Mandram (RMM), a former bus conductor who enjoys frenzied following among Tamil cinema buffs, informed his fans that his name or photograph should not be used by anyone seeking votes.

The 68-year-old actor, who has worked in over 200 films, appealed to his fans: "Tamil Nadu`s main problem in the coming elections will be water. Any party that will form a strong and stable government at the Centre and which can solve the water crisis of Tamil Nadu permanently through schemes and give an assurance to fulfil them should be given support and fans should vote on that basis."