Maharastra CM Fadnavis says the building was 100 years old and sources reveal that it was not in the list of dilapidated buildings issued taken ahead of this monsoon season. 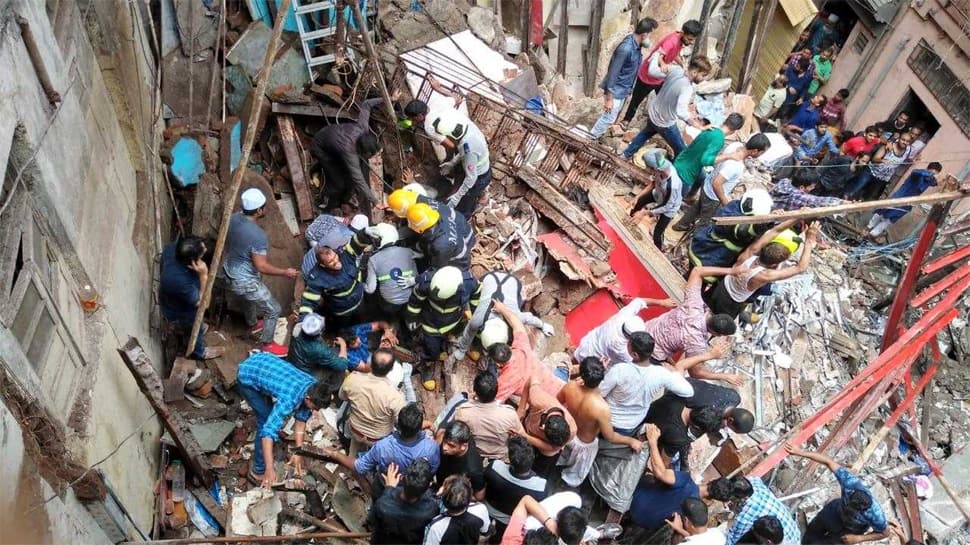 At least two people have been killed after a four-storeyed building collapsed in Mumbai's Dongri at around 11 am on Tuesday. At least 40 people are still believed to be trapped under the debris. However, Maharashtra Minister Radhakrishna Vikhe Patil claimed that at least 12 have lost their lives in the mishap.

One of the two who have been killed has been identified as 45-year-old Abdul Sattar Kalu Shaik. A woman is also among the two killed. The three who have been injured include a child. At least five people have been pulled out of the debris safely so far.

Mumbai: A child rescued from the building collapse site in Dongri, he has been admitted to hospital and is stable pic.twitter.com/LawktNSdR7

Two teams of 5th battalion of National Disaster Response Force (NDRF) are at the building collapse site for rescue and relief work along with fire brigade teams. Maharashtra CM Devendra Fadnavis said that he is monitoring the situation. "As per the infomation I have received, the building was 100 years old. The entire focus is on rescuing the people trapped. An investigation will be done," he said.

BMC PRO has said that it was a Maharashtra Housing and Area Development Authority building. Sources say that it was not in the list of dilapidated buildings issued for this monsoon. As per MHADA president Uday Samant, 15 families were living in the building.

The Kesarbai Building is located near Tandel street, behind Abdul Hamid Shah Dargah in Dongri in Mumbai.

In the last five and a half years in Mumbai, 2704 buildings have collapsed leading to deaths of 234 people and 840 injured, according to RTI activist Shakeel Ahmad Sheikh.

It was the second such collapse around Mumbai in less than ten days. Torrential rains that lash the city during the monsoon often destabilize older or badly constructed structures, leading to multiple building collapses over the years.