At least seventy persons are trapped inside and rescue efforts are underway. 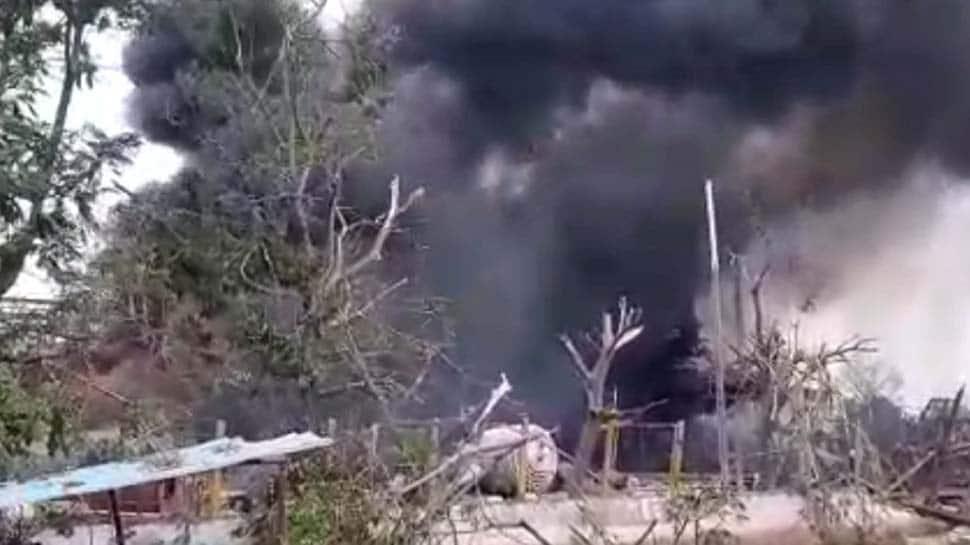 MUMBAI: At least 13 persons died and another 35 injured in a major explosion at a chemical factory located at Waghadi village in Maharashtra's Shirpur on Saturday. Seventy persons are still trapped inside the factory, authorities informed. Rescue and relief efforts are underway. A team of National Disaster Response Force (NDRF) has been deployed at the site.

As per preliminary information, the explosion occurred at inside a chemical company compound in Shirpur's Maharashtra Industrial Development Corporation. The blast was so intense that surrounding villages felt tremors. Six fire brigades were immediately rushed to the accident spot.

Plumes of black smoke have engulfed the entire area. Authorities fear the smoke could be hazardous and may endanger the lives of people in the area. Since MIDC's premises are far from the city, several workers reside within the company premises along with their families.

Nearly 100 workers were inside the factory at the time of the explosion. Among those injured include several minor children living in the factory compound.

The police control room received a call about the explosion at 10.20 am. Treatment and rescue efforts were delayed after the first responders at the site feared multiple explosions would follow.

The injured have been admitted to sub-district hospital. Those in critical condition have been shifted to private hospitals in the area.

The overall death toll is likely to go up, fear authorities.

A team of chemical experts and doctors have been moved to location, informed Dhule guardian minister Girish Mahajan.

However, questions on following safety procedures in such dangerous chemicals factories are already being raked up.

Waghadi village, where the incident took place, is 60 kms away from Dhule and 400 km from Mumbai.