Union HRD minister Prakash Javadekar on Tuesday said that views of all ideological sections are needed for the formulation of a New Education Policy (NEP) even as he emphasised on encouraging research and innovation for sustainable development. 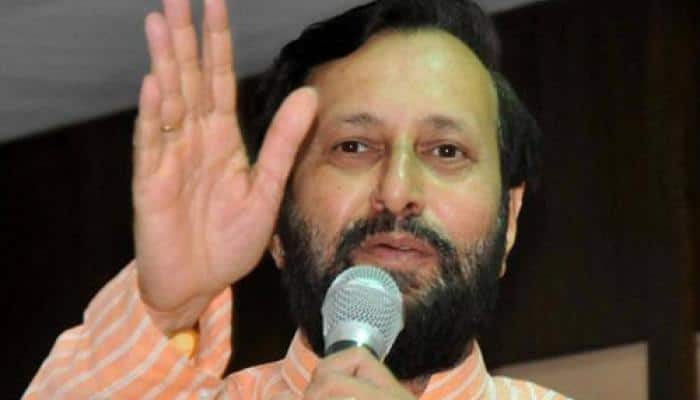 New Delhi: Union HRD minister Prakash Javadekar on Tuesday said that views of all ideological sections are needed for the formulation of a New Education Policy (NEP) even as he emphasised on encouraging research and innovation for sustainable development.

The HRD minister shared his vision of education should be accessible, affordable, high quality and encouraging research and innovation.

"We need views from all ideologies. We need each and every suggestion because I believe education is a national mission to take the country ahead," Javadekar said.

Javadekar said there was even speculation even over his attending the event and there were news reports about it. He, however, added that in a democracy different views can exist.

"I was invited here so I came, if others invite me I will also go there," the new HRD minister said.

After all what we need is good education which can provide a strong foundation for life, he said adding that "this is not at all a BJP-Congress issue."

The HRD minister's remarks come in the backdrop of the various allegations of saffronisation that have been hurled against the Centre by rival parties ever since the BJP led government come to power.

In his speech, Rajput, who was a member of the HRD appointed committee on evolution of NEP, which  spoke about the importance of Sanskrit and said former PM Jawaharlal Nehru too has stressed about it in his book 'Discovery of India'.

Rajput recounted an instance where a Congress leader whom he met was unaware of the views of Nehru.

He said Macaulay had created an education framework which wanted to ensure that Indians should not be developed for India adding that its effects last to this day. He stressed on the importance of mother tongue.

Referring to Kendriya Vidyalayas, Rajput said they are doing well but a section of people has rejected even them.

He raised the question  whether more facilities should be given to the privileged or it is more important to improve condition of underprivileged.

BJP General Secretary Rao spoke about a "colonial hangover" in field of education that he claimed we are unable to come out of.

We need to revive Sanskrit otherwise we can't connect with ancient knowledge, Rao said adding the diversity of the language has to be protected and maintained.

"Saffronisation is a name that always crops up during a discussion on debate but I don't want to get into the details. We cherish the diversity of this nation and the education policy should reflect this. Exclusivity religion has no place in India," Rao said.

BSM leader Kanitkar also said that the "issue of saffronisation is raised, it is said that Sangh has suggested this or that. It is generally about content."

"But I think the most important thing is Indianisation of the methods of education," Kanitakar said.

He said it should be teacher centric, learning centric and should lead to knowledge which gives joy. Kanitkar lauded the ancient Indian education system where an 'acharya' could look after a 1000 and a kulguru after 10,000 students.

Kanitkar also said that teachers should be given control of educational administration. He said it is in the culture and ideology of India to provide solution to global problems. We need to look towards world leadership, he said.