T cells use 'handshakes' to sort friends from foes

T cells, the security guards of the immune system, use a kind of mechanical "handshake" to test whether a cell they encounter is a friend or foe, according to a new study that may help develop immune therapies for cancer. 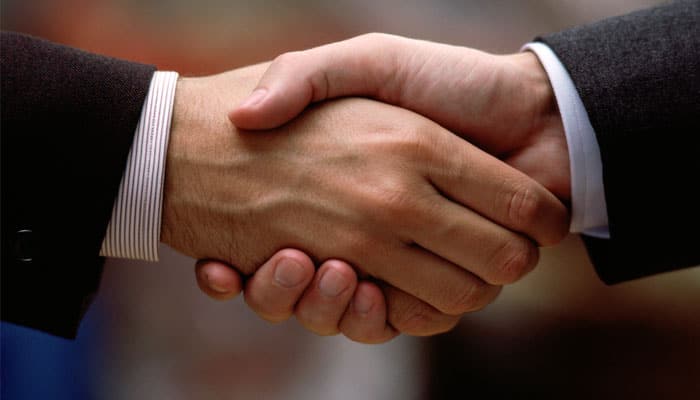 Washington: T cells, the security guards of the immune system, use a kind of mechanical "handshake" to test whether a cell they encounter is a friend or foe, according to a new study that may help develop immune therapies for cancer.

"We have provided the first direct evidence that a T cell gives precise mechanical tugs to other cells," said Khalid Salaita from Emory University in the US.

"A tug that releases easily, similar to a casual handshake, signals a friend. A stronger grip indicates a foe," he added.

T cells continuously patrol through the body in search of foreign invaders. They have molecules known as T-cell receptors (TCR) that can recognise specific antigenic peptides on the surface of a pathogenic or cancerous cell.

When a T cell detects an antigen-presenting cell (APC), its TCR connects to a ligand, or binding molecule, of the APC, researchers said.

If the T cell determines the ligand is foreign, it becomes activated and starts pumping calcium. The calcium is part of a signalling chain that recruits other cells to come and help mount an immune response, they said.

Researchers hypothesised that mechanical strain might also play a role in a T cell response, since the T cell continues to move even as it locks into a bind with an antigenic ligand.

To test the idea, they developed DNA-based gold nanoparticle tension sensors that light up, or fluoresce, in response to a miniscule mechanical force of a piconewton - about one million-millionth the weight of an apple.

The researchers designed experiments using T cells from a mouse and allowed them to test ligands containing eight amino acid peptides that had slight mutations.

Some of the mutated ligands were given a firmer anchor to give them a tighter "grip" to the moving TCR, researchers said. Through the experiments, captured on microscopy video, the researchers were able to see, record and measure the responses of the T cells as they moved across the ligands.

"We were able to map out the order of the cascade of chemical and mechanical reactions," said Salaita.

"First, the T cell uses a very specific and finely tuned mechanical tug to distinguish friend from foe," he said.

"And when it senses a precise, piconewton level of force in response to that tug, the T cell realises that it has encountered a foreign body and gives the signal for attack," he added.

The discovery could help in the search for treatments of auto-immune diseases and the development of immune therapies for cancer, researchers said. The findings were published in the journal PNAS.