Lay off those beef steaks, as a new study has claimed that high consumption of red meat could make existing kidney disease even worse. 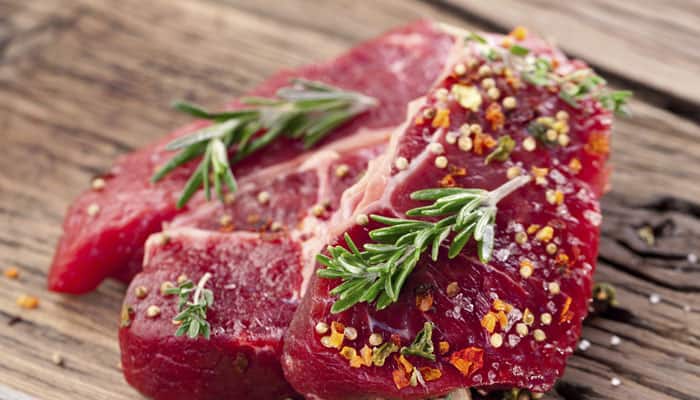 Washington: Lay off those beef steaks, as a new study has claimed that high consumption of red meat could make existing kidney disease even worse.

According to research conducted at the Texas A and M Health Science Center College of Medicine, diet can play a key role in whether kidney disease progresses to kidney failure, and suggests that a diet high in animal proteins, especially red meat, can worsen its progression.

When the kidneys fail, patients either need to undergo dialysis treatments three times a week or have a kidney transplant to remain alive.

The findings were based on data collected from 1,486 adults with chronic kidney disease who were participating in the National Health and Nutrition Examination Survey III. The study is believed to be the largest one to look at the long-term impact of diet on kidney disease in humans.

Wesson said that while studies have yet to prove that eating a diet high in fruits and vegetables can prevent kidney disease, such diets have already been shown to help to maintain overall good health.

The study is published online in the Journal of the American Society of Nephrology.