Human Resource Development Minister Smriti Irani on Friday said the new education policy would have views from the people and their voices will be articulated in the new policy. 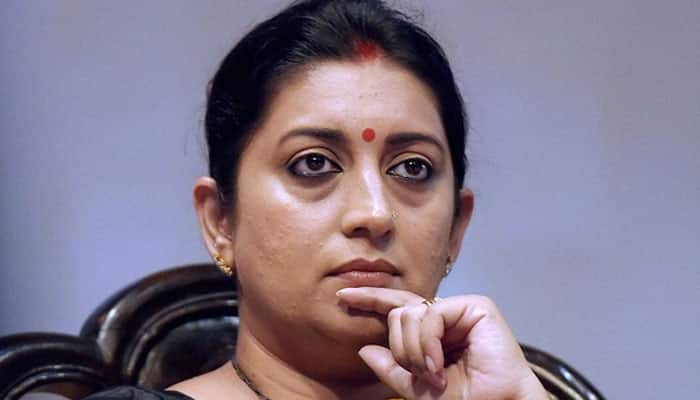 New Delhi: Human Resource Development Minister Smriti Irani on Friday said the new education policy would have views from the people and their voices will be articulated in the new policy.

"We have ensured that we have people's views articulated in the new education policy. we have sought views from the people. We want people in villages to say what they want their kids to be taught. A policy just remains a policy till it percolates to the ground," said Irani at the Hindustan Times leadership summit here.

"The government is working on the quality of education in all the schools across the country. In fact, over the years the students of Kendriya Vidyalaya and Jawahar Navodaya Vidyalaya have performed better then the students of private schools," she said.

"We need to improve the quality of education in private schools like the government schools," she said.

Irani also said her ministry was working with the state education departments on several ways to improve the performance of the children in the schools.

"Teachers should be judged by the performance of their students. The central government is working with states on this," said Irani.

Talking on various policies to improve the education in the country, Irani said the government was emphasising on the quality of education for disabled children.

"We have given new learning material to over 2,75,000 teachers to address children with disability. We have waived off the fees for them in all the major institutions such as Indian Institute of Technology (IIT)," she said.

Irani said: "IITs are centres of excellence, doing work silently that do not make it to headlines across the world."

"The global ranking was necessary for perception but uniqueness of Indian institutions not reflected. Our IITs are centres of excellence, doing work that don't make it to headlines across the world," Irani said.

Big statement of 'Yogendra Yadav' at Lal Chowk, said, hoisted the tricolor, there is no fear

Budget 2023: What do women expect from the budget?

Badhir: Will rather die than join hands with BJP again, says Nitish Kumar

Gwalior: Fierce fire in 12 shops at the fair