It's a blatant defiance of Supreme Court's order limiting the height of human pyramid during the Dahi-Handi festival, which is being celebrated across the country on Thursday. 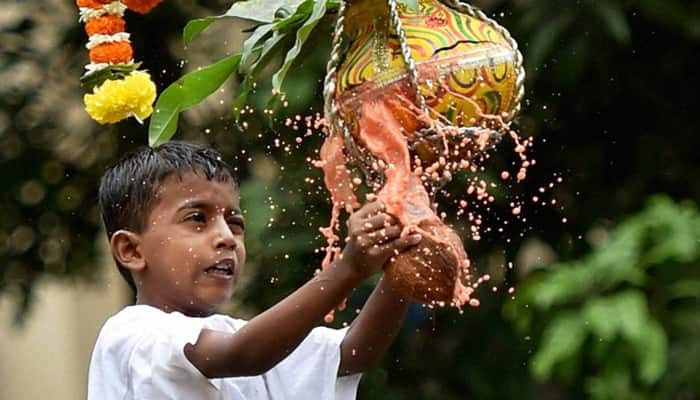 Mumbai: It's a blatant defiance of Supreme Court's order limiting the height of human pyramid during the Dahi-Handi festival, which is being celebrated across the country on Thursday.

A report published in the NDTV quoted Avinash Jadhav, the organiser of the famous 'Dahi-handi' festival, saying he was just following the orders from his boss Raj Thackeray.

The Supreme Court had on Tuesday refused to modify its order capping at 20 feet the height of the human pyramid in the ritual observed during 'Janmashtami' across Maharashtra.

Openly defying the apex court's order Jadhav said the judiciary cannot dictate how one should celebrate festivals. The MNS worker said that he would prefer going to jail but won't compromise on the height of the pyramid.

The MNS, which has openly mocked the apex court order, also condemned its ruling while refusing to limit the height of the handi to 20 feet. The party also announced a cash prize of Rs 11 lakh for a 9-tier pyramid.

The top court, on August 17, had refused to relax conditions put by the High Court like barring youths below 18 years of age from participating in 'Dahi-Handi' festival in Maharashtra and capping the height of the human pyramid at 20 feet.