The bombing came one day after a top Egyptian court confirmed a death sentence on leading Islamist extremist Adel Habbara for an anti-military attack. 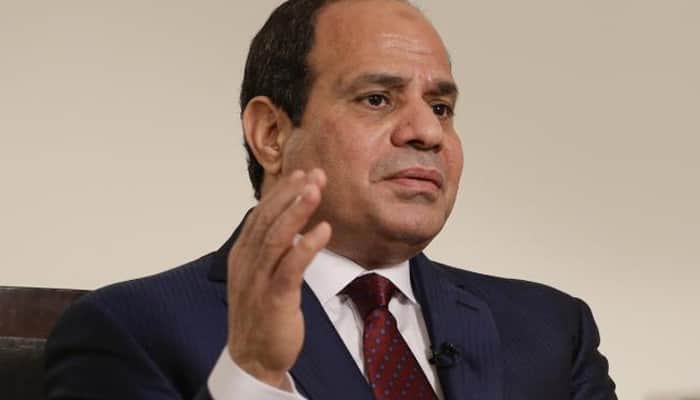 Cairo: Egyptian President Abdel-Fattah al-Sisi said on Monday that the Cairo church blast that killed 25 persons on Sunday was carried out by a suicide bomber.

Speaking to mourners during the funeral of those killed, Sisi said that a 22-year-old man called Mahmoud Shafiq blew himself up inside Saint Peter and Saint Paul Church in Cairo`s Abassiya neighbourhood, Xinhua news agency reported.

So far, no group has claimed responsibility for the attack that also left 49 others injured.

The bombing came one day after a top Egyptian court confirmed a death sentence on leading Islamist extremist Adel Habbara for an anti-military attack.

Sisi also revealed that four people, including a woman, have been arrested in connection with the attack and that security forces are searching for two more suspects.

"We will avenge this church blast. The attack is a sign of terrorists` frustration," Sisi said.

In 2013, angry Islamist protesters attacked a number of churches and homes of Coptic Christians across the North African country for their support to the military`s removal of then Islamist Egyptian President Mohamed Morsi.