While Saudi Arabia on Friday suggested pilgrims failing to follow crowd control rules bore some blame for the stampede that claimed more than 700 lives, a report has blamed convoy of the son of the Saudi King Salman bin Abdulaziz Al Saud for the tragedy. 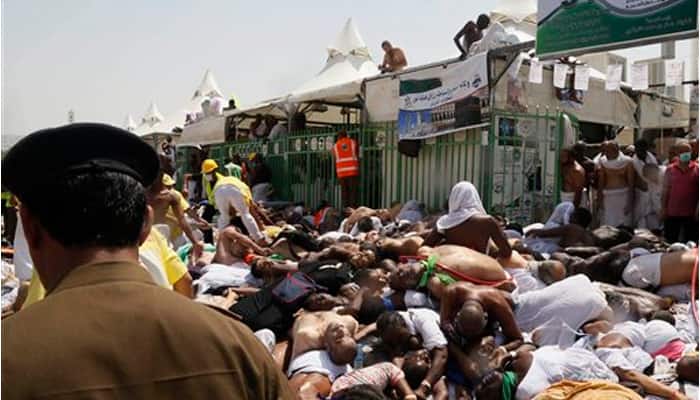 Mina: While Saudi Arabia on Friday suggested pilgrims failing to follow crowd control rules bore some blame for the stampede that claimed more than 700 lives, a report has blamed convoy of the son of the Saudi King Salman bin Abdulaziz Al Saud for the tragedy.

The Arabic-language daily al-Diyar has said in a report that the convoy of Prince Mohammad bin Salman Al Saud played a key role in stampede on Thursday.

Notably, Saudi Arabia is under growing pressure to account for a crush that killed more than 700 people at the Hajj pilgrimage. 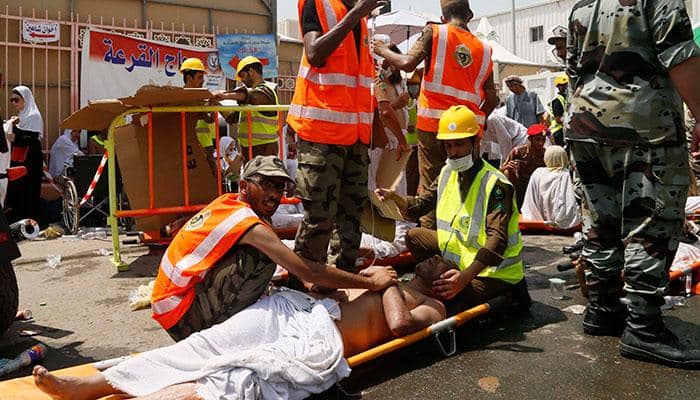 The kingdom`s regional rival Iran expressed indignation at the deaths of 131 of its nationals at the world`s largest annual gathering of people, and politicians in Tehran suggested Riyadh was incapable of managing the event.

Meanwhile, the report in the Lebanese daily said that Salman, accompanied by a huge entourage and tight security, arrived at Mina, about 5 kilometres from Mecca, early Thursday.

His presence led to a change in the direction of the movement of the pilgrims, which eventually led to the stampede.

The daily added that Salman and his entourage quickly abandoned the scene and the Saudi authorities are trying to crush the story.

However, officials in Saudi Arabia have denied the report.

In a statement posted on his ministry`s website, Saudi Health Minister Khalid al-Falih said an investigation would be conducted rapidly and a final toll of dead and wounded calculated. At least 863 pilgrims were injured.

Notably, safety during Hajj is politically sensitive for the kingdom`s ruling Al Saud dynasty, since the ruling family presents itself internationally as the guardian of orthodox Islam and custodian of its holiest places in Mecca and Medina.

With photographs of piles of the dead circulating on social media and pilgrims frantically searching for missing compatriots, the effort to uncover the facts and assign blame for the worst disaster at the event for 25 years was likely to grow more acute and possibly more political.

Saudi King Salman has, meanwhile, ordered a review of Hajj plans after the disaster, in which two big groups of pilgrims collided at a crossroads in Mina, a few km (miles) east of Mecca, on their way to performing the "stoning of the devil" ritual at Jamarat.

"I ask the Saudi Arabian government to take the responsibility of this catastrophe and fulfil its legal and Islamic duties in this regard," Rouhani said in a statement published on the state news agency IRNA.

Pope compliments US House Speaker on his tie