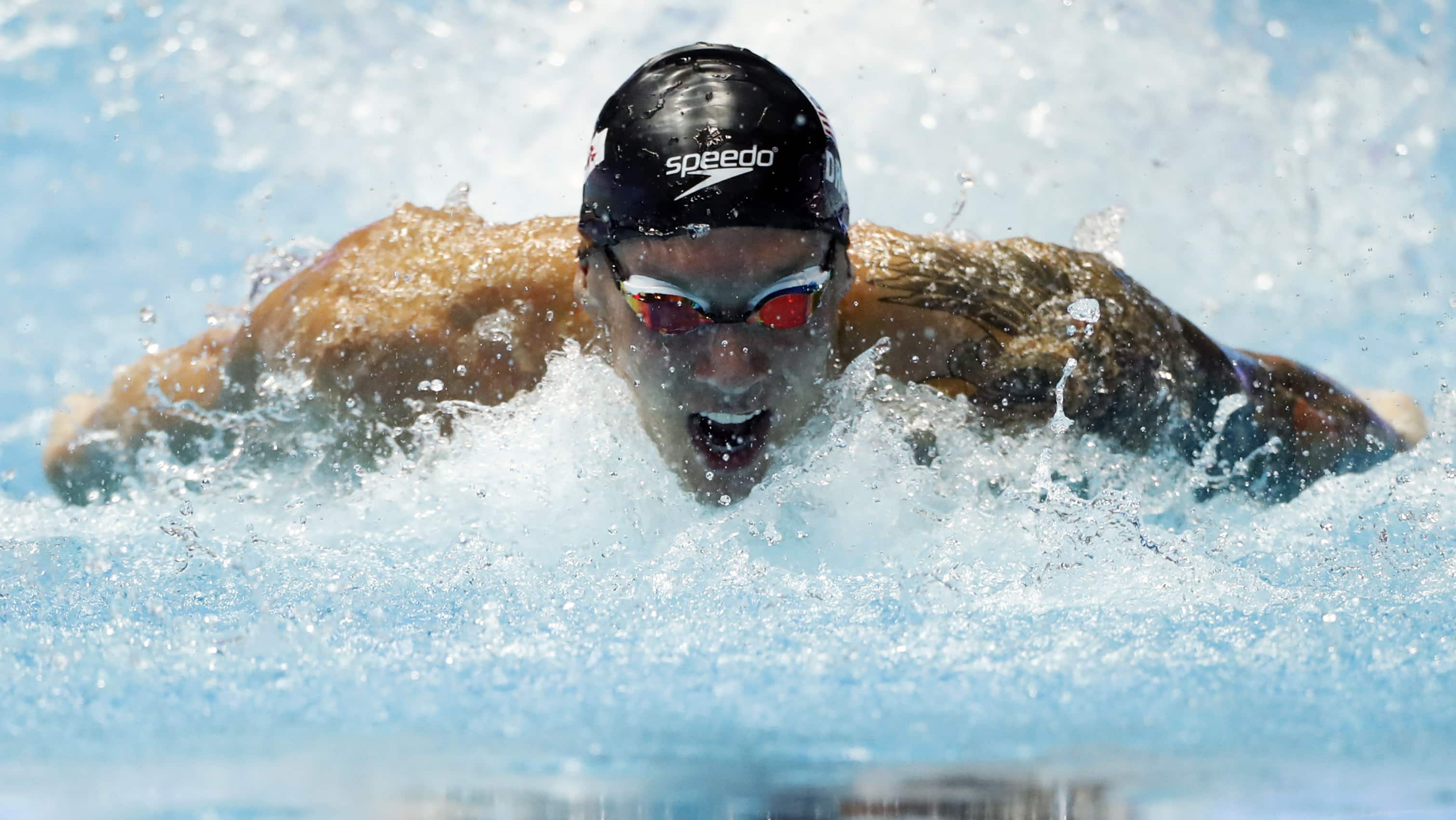 If the world swimming championships in Gwangju were just a taste of what is to come at the 2020 Olympics, then in the words of recently retired Australian sprinter James Magnussen -- "Brace yourselves".

A meet that was supposed to serve as an indicator of form heading into next year`s Games in Tokyo, the championships delivered this and more. Much, much more.

Champions were dethroned, new national heroes born and world records smashed. Swimmers pushed the limits of performance and the boundaries of sportsmanship. The scourge of doping reared its head once more.

After winning six gold and two silver medals, it would be safe to say Caeleb Dressel will arrive in Tokyo with a huge target on his back.

In 2017, 22-year-old Dressel had matched Michael Phelps as the only man to clinch seven medals in the single edition of the World Swimming Championships. Phelps had scripted the record in 2007 and 2011 editions of the championship.

Dressel became the spearhead of the U.S. challenge in Gwangju after freestyle queen Katie Ledecky succumbed to illness and, after surrendering her 400 title to rising Australian star Ariarne Titmus, pulled out of two more events.

Ledecky recovered enough to defend her 800 title but health issues notwithstanding, a growing cast of rivals will perhaps feel emboldened after Gwangju, where Italian Simona Quadarella emerged as a threat in the 800 and won the 1,500.

There was no shortage of swimming storylines.

Britain`s Adam Peaty proved peerless in the 100 breaststroke once again, completing his `Project 56` by becoming the first swimmer to breach 57 seconds.

He also won gold in the 50 and another from Britain`s sensational 4x100 medley relay win on the final night of competition.

"Looking good for next year and all ready for what comes with a bunch of four lads who are young but gathering experience," said Peaty after the relay. "And yeah, I think we are going to smash it."

But performances in the pool were overshadowed by events on the podium as simmering anger over world governing body FINA`s handling of doping issues boiled over in spectacular fashion.

China`s Sun Yang was allowed to compete in Gwangju despite the World Anti-Doping Agency (WADA) appealing a FINA doping panel`s decision to clear the 27-year-old of wrongdoing during a random drug test last September.

Documents leaked to the media revealed the multiple world and Olympic champion questioned the credentials of the testers before members of his entourage smashed the vials containing his blood samples with a hammer.

After Sun, who also served a doping suspension in 2014, won the 400 freestyle on Sunday, silver medallist Mack Horton refused to share the podium with him.

Two days later, British bronze medallist Duncan Scott would not shake Sun`s hand or pose for a group photo with him after his victory in the 200, sparking an angry, aggressive response from the Chinese swimmer on the podium.

FINA sent warning letters to all three swimmers and tweaked its code of conduct in response to the incidents, with Executive Director Cornel Marculescu confirming athletes could be stripped of their medals for similar behaviour in future.

Major sporting events rarely escape the ugly menace of doping and Gwangju was no different.

Australian swimmer Shayna Jack, who withdrew from the team just before the world championships, confirmed she had tested positive for a banned substance in an out-of-competition test.

Swimming Australia (SA) came under heavy fire for concealing the news given Jack`s team mate Horton was waging a public campaign against Sun over the Chinese swimmer`s doping history.

Responding to accusations of hypocrisy and double standards, SA Chief Executive Leigh Russell said: `An Australian swimmer returning a positive result is both bitterly disappointing and embarrassing to our team, our sport and our country".

Australia will hope it can restore its battered reputation before next year`s Olympics.