Long-distance runner Eliud Kipchoge of Kenya on Saturday scripted history by becoming the first-ever athlete to finish a marathon in under two hours in the Austrian capital of Vienna. 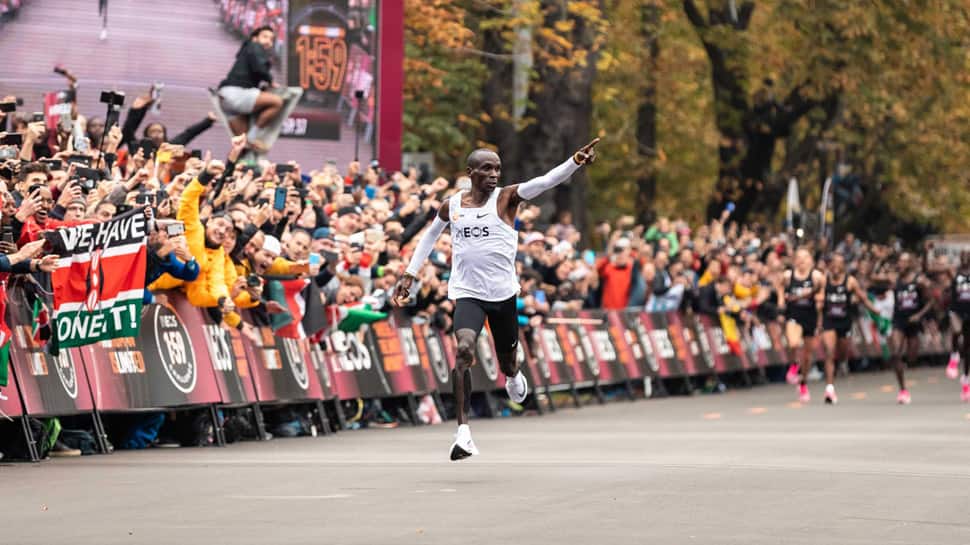 Long-distance runner Eliud Kipchoge of Kenya on Saturday scripted history by becoming the first-ever athlete to finish a marathon in under two hours in the Austrian capital of Vienna.

The 34-year-old Olympic champion completed the unofficial two-hour marathon of 26.2 miles in one hour, 59 minutes and 40 seconds at Vienna's Prater-Hauptallee park.

After the race, Kipchoge said that he is the happiest man at the moment.

"I am the happiest man," CNN quoted Kipchoge as saying.

The Olympic medallist added that he hopes his feat has inspired many that "no human is limited."

Notably, Kipchoge was initially looking set to break the record during the first half of the marathon when he had completed 21 kilometers in 59.35 hours.

Despite the feat, Kipchoge's achievement will not be count as world record as it was an unofficial marathon.

In fact, Kipchoge followed behind a car during the race--something which is not allowed under IAAF sanctions--besides being assisted by an army of 30 pacemakers.