Ravi Dahiya's father Rakesh wanted to be a wrestler in his youth, but his limited resources didn't allow him to fulfill his dreams. 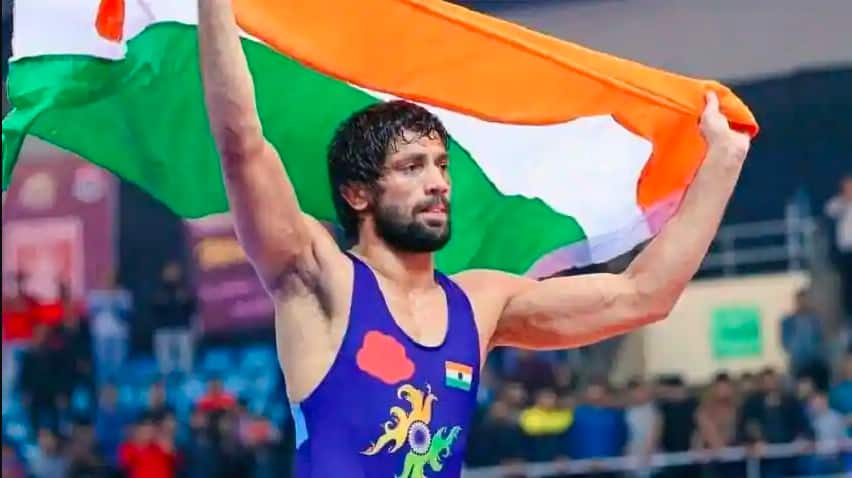 Ravi Dahiya has become a household name in last two days. The wrestler, who is in the finals of 57-kg weight division, is a story of struggle and endurance. But, it’s not just him who was going through severe difficulties.

Ravi’s father, Rakesh Dahiya, is equal participant in his Olympic glory. He ensured, despite living 70km far from his son that Ravi never felt any shortage of resources and support.

Rakesh, who lived in Haryana’s Nahri village, has four bighas of land, but that wasn’t enough, so has also taken 20 acre of land on lease. He commuted to Delhi’s Chhatrasal Stadium by train to bring milk and butter for his son.

Apparently, Rakesh wanted to be a wrestler in his youth but the lack of resources thwarted his plans. Now, he is fulfilling his dream through his son.

Ravi Dahiya on Wednesday became only the second Indian wrestler to qualify for the title clash at the Olympic Games, when he sensationally turned around the bout by pinning Kazakhstan's Nurislam Sanayev.

Before Ravi, Sushil Kumar was the only Indian to make the gold medal bout at the 2012 Olympics in London where he had settled for a silver.

The fourth seeded Ravi trailed 2-9 after Sanayev effected a few 'fitley' (leg lace) but as the clocked ticked away, Dahiya regrouped and got hold of his rival with a double leg attack that resulted in a 'victory by fall'.

"I had no business conceding that much lead against Sanayev. I am not happy with it," Ravi told PTI.

"I have beaten Sanayev twice before, so I knew I can pull it off despite trailing by a huge margin. I was assured inside, but I should not have conceded lead and made it a close fight. That was pretty bad of me," he said.

"I still have some unfinished business to do. I came with a target here and that is not complete yet (winning gold),” said Ravi.