This is the first time that more than one Indian boxer finished on the podium at a single edition of the World Championships. 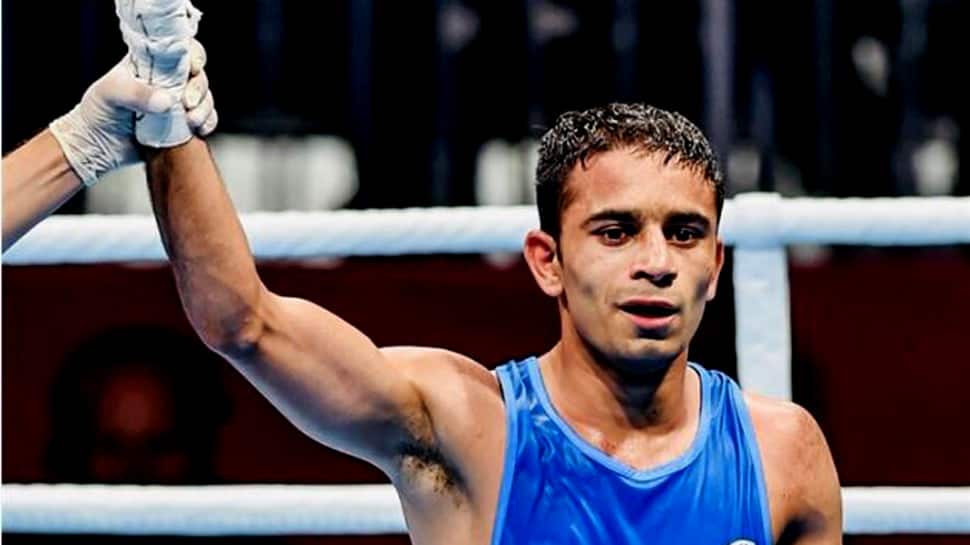 Uzbekistan's Shakhobidin Zoirov beat India's Amit Panghal 5:0 by unanimous decision in the final of the 52-kg category of the World Championships on Saturday. Panghal had to be satisfied with a silver for what was undoubtedly an impressive show at the Worlds.

The first round did see Zoirov have the upperhand for a bit, but Panghal too landed some good blows.

Even as Panghal and Zoirov kept at it in the second round, the Indian boxer had his coach counting out the time from the background to make the boxer aware of the situation.

In fact, after the second round, the coach was seen telling Panghal how he was clearly far stronger than his Uzbekistan rival. But the final round saw Zoirov end better and take the gold with it.

This is the first time that more than one Indian boxer finished on the podium at a single edition of the World Championships.

In the last edition, only Gaurav Bidhuri was able to bring home a bantamweight bronze medal. But this time round, Manish Kaushik (63kg) had already won a bronze after losing to Andy Cruz of Cuba and now a silver for Panghal.

On Friday, even as Manish lost in the semi-final, Panghal became the first male Indian boxer to qualify for the final. Panghal beat Kazakhstan's Saken Bibbisinov by split decision in the flyweight (48-52kg) semi-final to seal a spot in the gold medal match.

"I am obviously very happy but there is unfinished business as of now. I have worked really hard and I would like to ensure that I get the best prize," Panghal had said after the semi-final.

In the quarters, Panghal was up against a familiar opponent in Carlo Paalam of the Philippines. The Indian had beaten him at the Asian Games last year and the Asian champion did not put a foot wrong. Amit evaded Paalam very well in the opening round and landed a few strong punches of his own.

Both boxers then brought forth their aggression as they kept their eyes fixed on the medal. In the final round, Panghal went all out showing his pace and attack. Determination was writ large on his face as he sailed to a 4-1 win.

Panghal's performance that earned him a spot in the semi-finals sealed his places in next year's Olympic qualifiers with the Boxing Federation of India (BFI) stating earlier that those pugilists who win medals at the Worlds will be automatic picks for the qualifiers.