Anushka Sharma, Virat Kohli twin in black at the airport—Pics

Virat Kohli and Anushka Sharma were spotted at the Mumbai airport recently and were seen twinning in black outfits as the paps went crazy clicking them.

New Delhi: Anushka Sharma and Virat Kohli are one of the most-loved celeb couples and have been giving us major relationship goals ever since they got married. The duo is often spotted together in public and all 'Virushka' fans love to know more about these two.

Virat and Anushka were spotted at the Mumbai airport recently and were seen twinning in black outfits along with white shoes.

Anushka looked gorgeous as always in a black jumpsuit her husband, Virat looked dapper in a black basic tee and jeans. 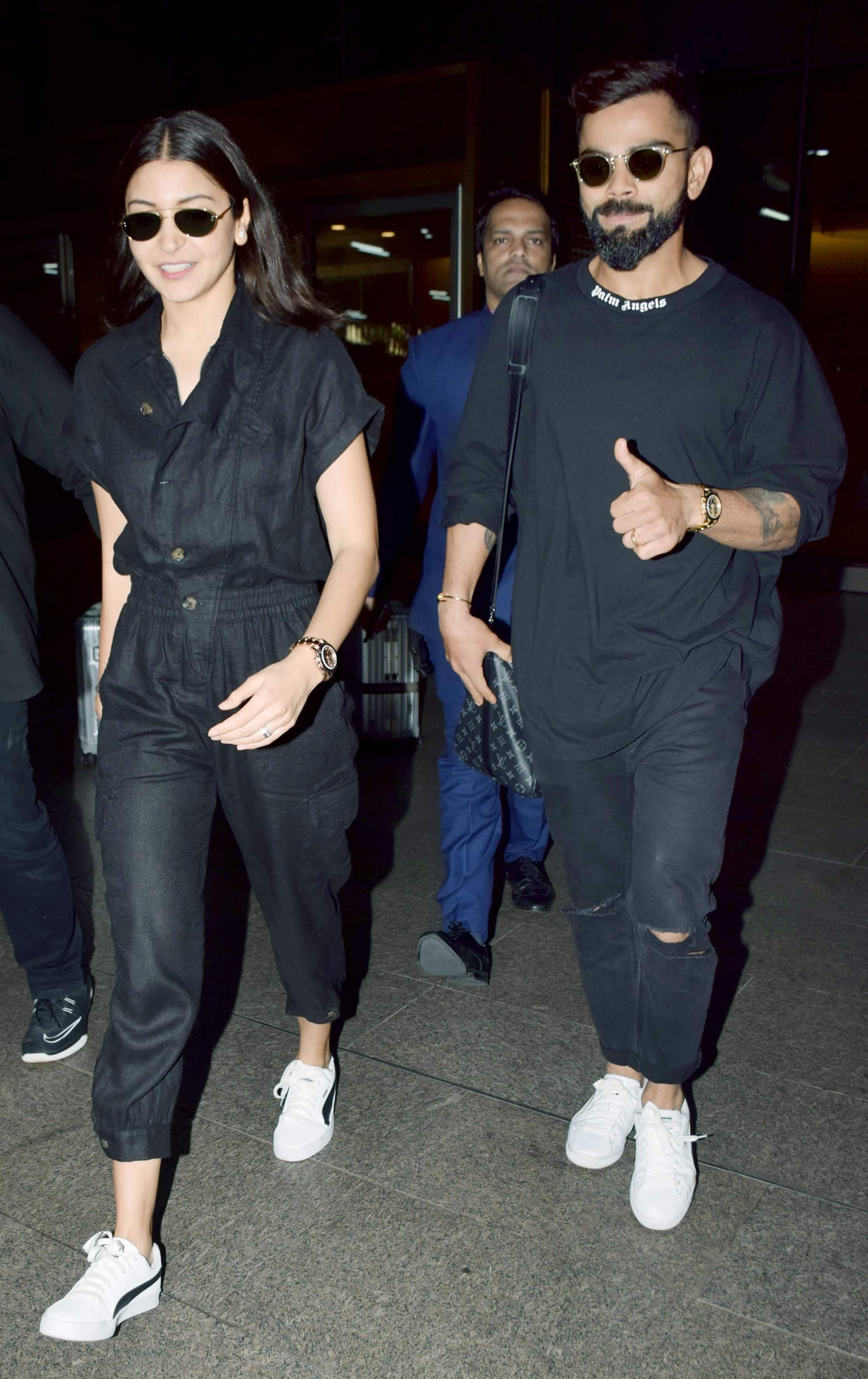 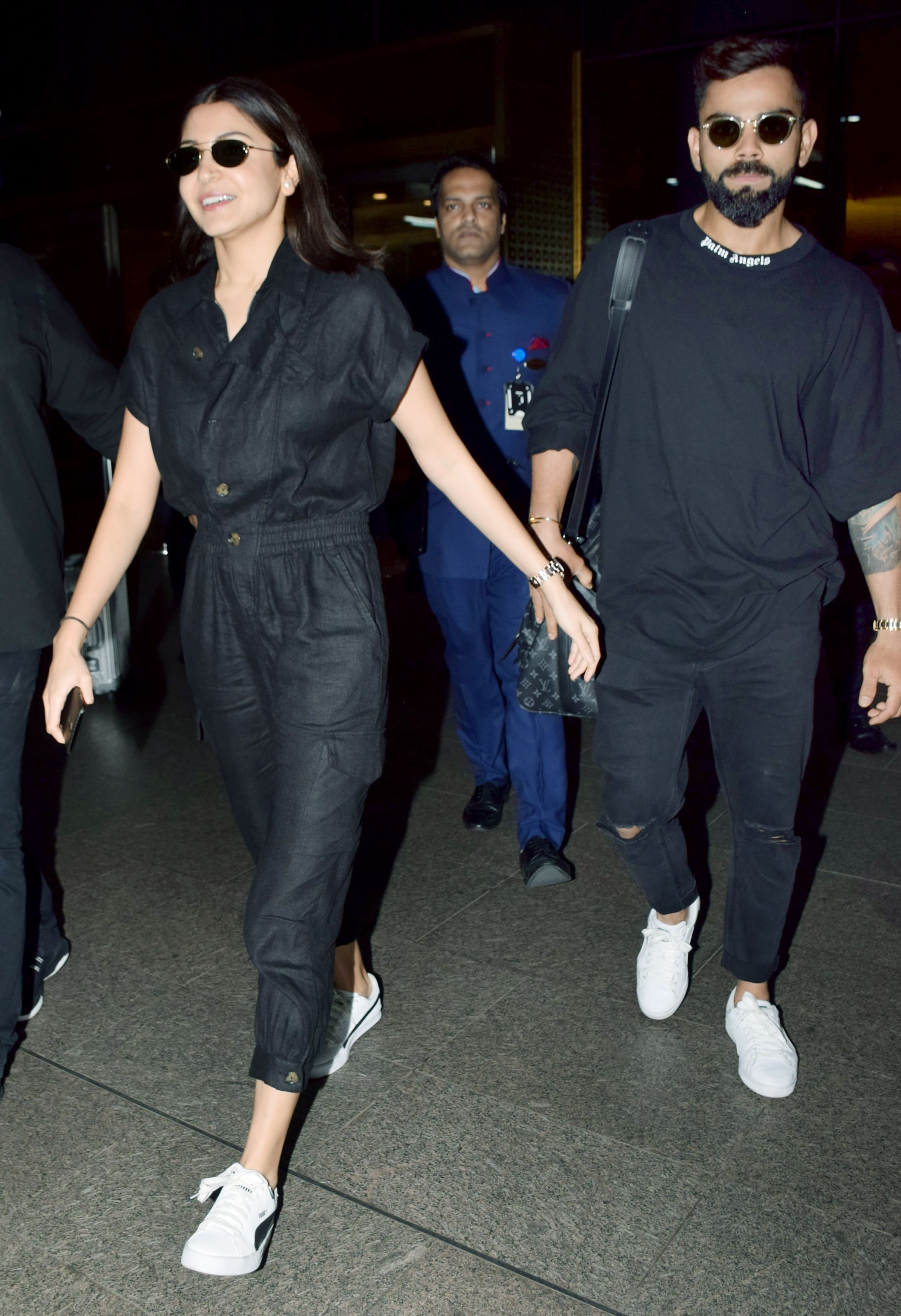 Anushka and Virat got married at Tuscany, Italy in December 2017. The couple's wedding was a hush-hush affair and was attended by close friends and family. Both Virat and Anushka announced their wedding on Twitter along with sharing their first pictures as man and wife.

The couple looked straight out of the pages of a fairytale book in their wedding pics and the internet was flooded with their pictures and videos almost the entire December.