Arjun Kapoor took to Instagram and shared a pic along with Katrina Kaif and Varun Dhawan with the most hilarious caption ever. 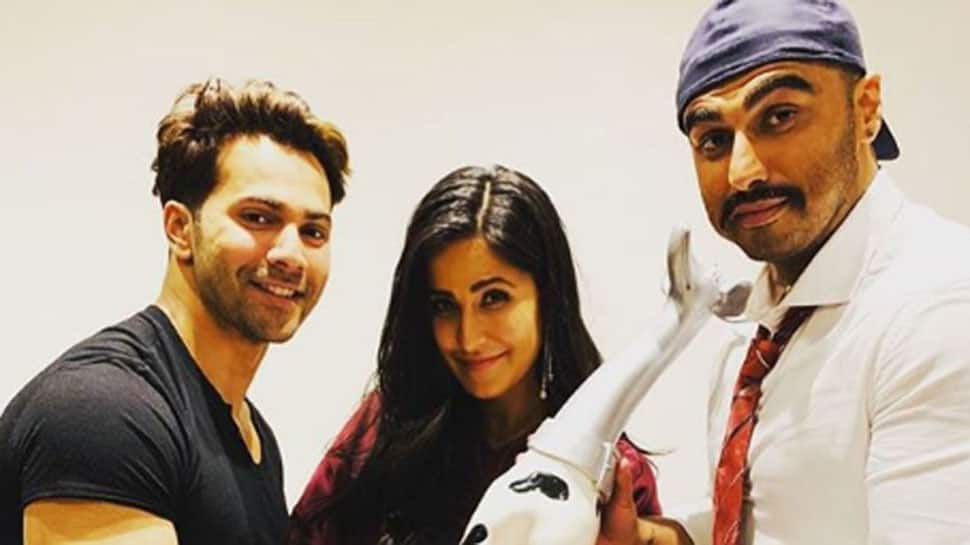 New Delhi: It isn't every day that we see two Bollywood actors giving a 'Dalmatian trophy' to an actress as a mark of their friendship. Confused? Well, you won't be after you see Arjun Kapoor's latest Instagram post. The actor took to the social media app and shared a pic along with Katrina Kaif and Varun Dhawan with the most hilarious caption ever.

The caption of the pic is, “So @varundvn & I are starting a new fan club #WeLoveKK aka @katrinakaif !!! Here we are seen awarding her, for absolutely no reason whatsoever... PS - the Dalmatian trophy Katrina’s holding represents our faithful friendship kyunki yeh dosti #firstclass hai !!!”

On Koffee With Karan season 7, Arjun and Varun had admitted that they started a club called 'We hate Katrina Kaif' and were its members for a long time. Looks like the duo is keen on making amends for the 'club' and we are absolutely loving their efforts!

On the work front, Arjun has 'Panipat', 'India's Most Wanted' and 'Sandeep Aur Pinky Faraar' slated for release while Varun has 'Kalank' and 'Street Dancer' in the pipeline.

Kat, on the other hand, is awaiting the release of 'Bharat'.