Akshay and John have worked together in films like "Desi Boyz" and "Garam Masala". 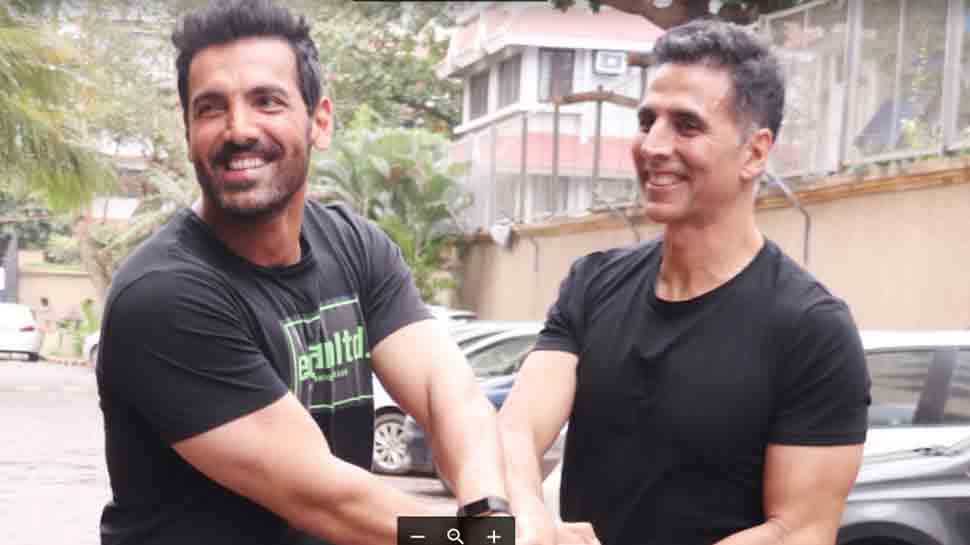 Mumbai: It's all about bromance between Bollywood`s "Desi Boyz" John Abraham and Akshay Kumar.

John on Friday took to Twitter, where he shared a photograph of himself along with Akshay. In the image, the "Padman" star is seen riding piggyback on the "Rocky Handsome" actor.

"Make some noise for the Desi boys! Love you always Akshay Kumar," he captioned the image.

Akshay and John have worked together in films like "Desi Boyz" and "Garam Masala".

On the work front, John is currently busy promoting his film "Batla House", which traces the story of the shootout between a seven-member Delhi Police Special Cell team and suspected Indian Mujahideen terrorists allegedly involved in the serial blasts of September 13, 2008, in Delhi.

While Akshay currently awaits the release of his next "Mission Mangal". It stars Vidya Balan, Taapsee Pannu, Sonakshi Sinha, Kirti Kulhari and Nithya Menen as the al-women team at ISRO who made India`s Mars Orbiter Mission possible in 2013.

I want to be associated with good cinema: Mrunal Thakur