Celebrations were grand as Priyanka Chopra rang in her 37th anniversary in Miami in the US amidst wishes pouring in for her from the Jonas family. 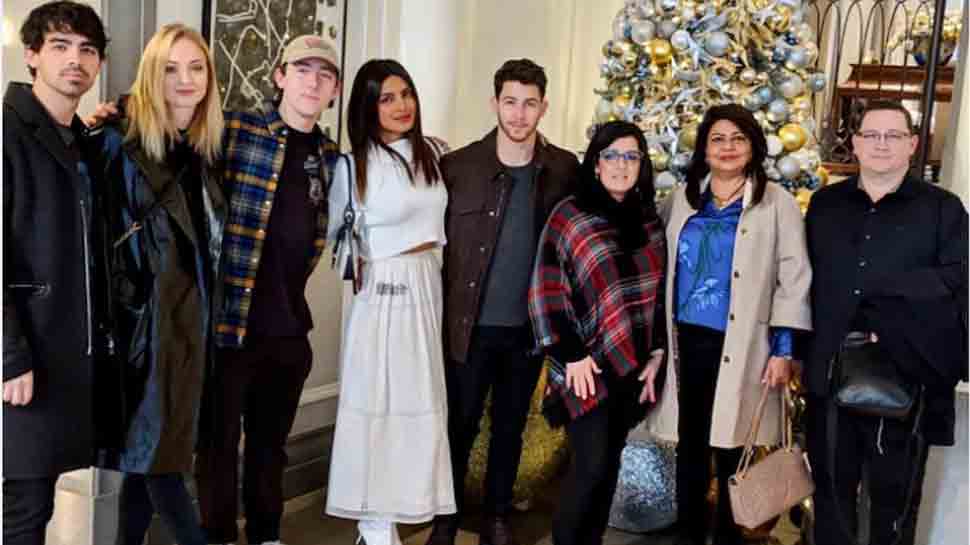 Celebrations were grand as Priyanka Chopra rang in her 37th anniversary in Miami in the US amidst wishes pouring in for her from the Jonas family.

Hubby Nick Jonas posted on social media a fun clip of the birthday girl grooving to the tunes of one of his own songs 'Red Dress'.

Priyanka matched the vibe and lyrics of the song in a shimmery red dress with an extended cloth piece going down from the waist.

With a crown on her head, Priyanka looks nothing less than a bold princess.

Others from her extended family also took to Instagram to shower the birthday girl with all the love and bliss.

Her sister-in-law Sophie Turner aka Sansa Stark shared a picture of the two wearing crowns and wished Priyanka saying, "Happy birthday to my sis."

Turner's husband Joe Jonas adopted a rather amusing way of wishing the actor. He posted a picture of him with the latest edition of Elle Magazine whose cover has been graced by none other than the 'Mary Kom' actor.

Denise Jonas, her mother-in-law who recently celebrated her birthday, wished Priyanka with a picture from the couple's sangeet ceremony and wrote, "Gorgeous birthday for gorgeous girl! I love you dil."

Also joining the list was Kevin Jonas who shared a group picture of the brothers with their better halves.

Parineeti Chopra celebrated her cousin's birthday in Miami and shared a cute picture of the two.

"In Miami with the birthday gurllll! Happy bday Mimi didi. There is never gonna be another one like you. Actress or sister," she captioned.

Priyanka shares her birthday with Bhumi Pednekar who addressed the actor as her 'bday twin' wished her saying, "a woman I really look upto and the ultimate queen."