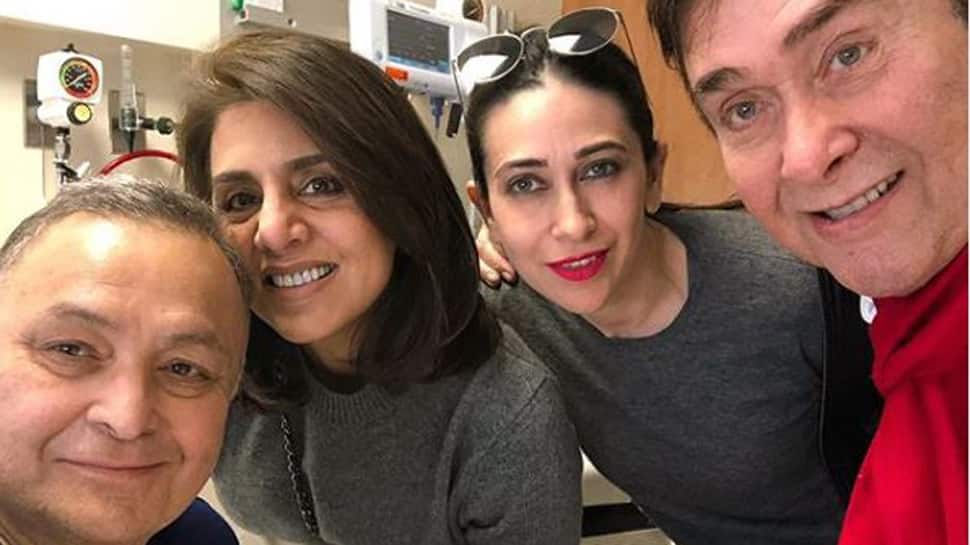 New Delhi: Bollywood actress Karisma Kapoor along with her father Randhir Kapoor paid a visit to ailing Rishi Kapoor, who is battling an undisclosed illness in New York.

Sharing the picture on Instagram, Neetu Kapoor wrote, "The bestest brothers ever their conversation is only food though  #family #bond #forever."

As per sources, Randhir intends to spend some quality time with his brother and sister, Ritu Nanda, who is also getting treated in the same city.

A few days ago, Neetu hinted that they would be returning to Mumbai soon.

The actress posted a picture of herself with Rishi, Ritu Nanda and Rima and niece Nitasha Nanda on Instagram and wrote, "One of the Quintet leaves !! Will miss you @rimosky will soon be on the same flight back."

Neetu has been keeping her fans updated about Rishi's health. Although they have not spoken about Rishi's illness, in one of her posts Neetu had hinted that he is suffering from cancer.