In January, this would be the second bank strike after the first one was observed along with Bharat Bandh on January 8. 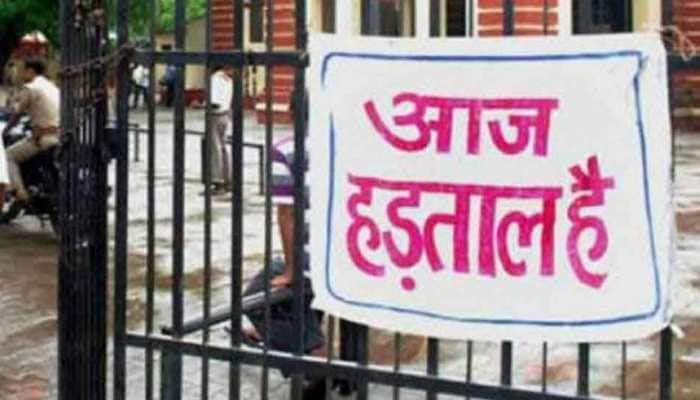 In January, this would be the second bank strike after the first one was observed along with Bharat Bandh on January 8.

The UFBU, which represents nine trade unions, has also resolved to observe 3 days strike on 11th, 12th, and 13th March 2020, demanding early wage revision settlement which has been due since 1st November 2017.

The bank strike is significant as it coincides with Budget day. The Economic Survey will be presented on January 31 while on February 1 Union Finance Minister Nirmala Sitharaman will table her second Budget in the Lok Sabha.

Since February 1 is the first Saturday in that month, all commercial banks are expected to remain open on the Budget day. Notably, the stock markets have also decided to function on that day due to the presentation of Budget 2020-21.

On Monday, representatives of 9 constituents of the United Forum of Bank Unions (UFBU) held bipartite talks with the IBA but their wage-related demands were turned down.

Bank unions sought a 20 per cent hike on payslip components, merger of special allowance with basic pay and a uniform 5-day work week, along with other demands including scrapping of New Pension Scheme, improvement in family pension and defined working hours for officers.

Among demands put forward by the trade unions included a raise in the minimum wage to Rs 21,000-Rs 24,000 per month, stopping the privatisation of public sector undertakings, and the repeal of the Citizens Amendment Act, National Register for Citizens (NRC) and National Population Register (NPR).

The bank unions had also raised objections to the proposed merger of 10 PSU banks to create four entities as announced by Union Finance Minister Nirmala Sitharaman in August 2018.