Centre to privatize many heritage tracks, the latest being Kalka-Shimla, Siliguri-Darjeeling, and Narel-Matheran tracks which are running in a loss worth Rs 100 crores. As soon as the announcement was made, the opposition erupted in protests. Congress leaders accused the Centre of inefficiency in managing the loss-making entity. 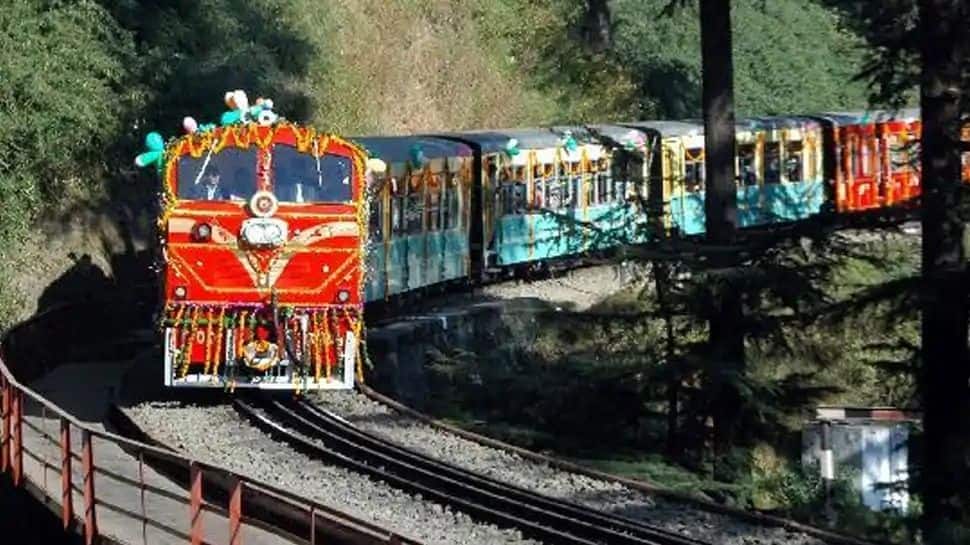 Solan (Himachal Pradesh): In its bid to complete privatization, Prime Minister Narendra Modi-led Centre, has added another name to the list of heritage tracks that would be privatized.

Kalka-Shimla, Siliguri-Darjeeling, and Narel-Matheran are some of the tracks which are running in a loss worth Rs 100 crores. Hence, talks are on handing the Kalka-Shimla track to private buyers.

As soon as the announcement was made, the opposition erupted in protests. Congress leaders accused the Centre of inefficiency in managing the loss-making entity. A survey will be conducted by a Delhi-based consultancy firm, after which the tracks would be handed over to private companies.

The Kalka-Shimla railway track opened in the year 1903, and it has been in service for nearly 118 years. Built by the Britishers during the colonial era, the track was declared world heritage by UNESCO on July 8, 2008.

The track covers 103 tunnels, around 300 bridges, and 22 railway stations. This railway line is the only one that passes through Solan while going from Kalka to Shimla.