Thala Ajith's 'Nerkonda Paarvai' leaked online ahead of its release

'Nerkonda Paarvai' producer Boney Kapoor had reportedly approached the court to put a stay on notorious websites such as Tamilrockers which is infamous for leaking the movies online. 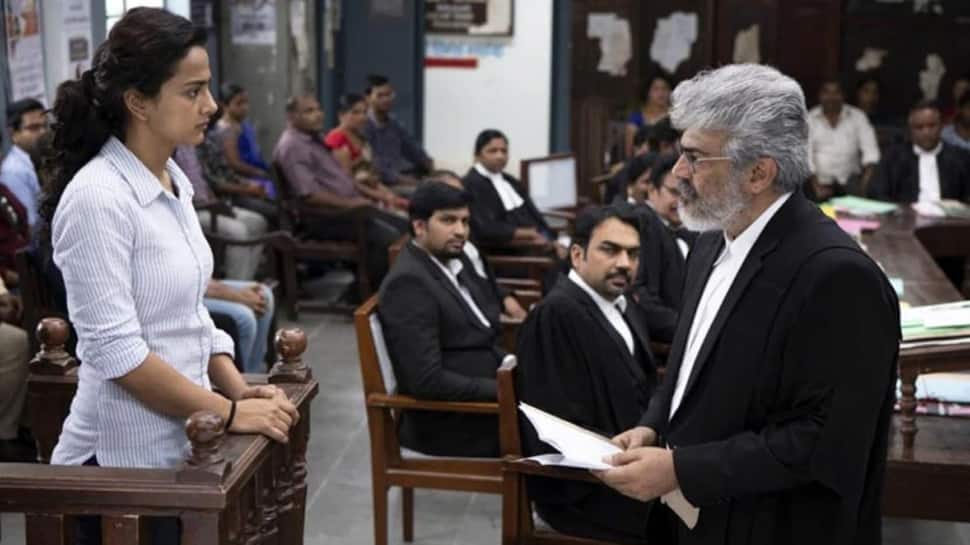 New Delhi: South superstar Thala Ajith's much-talked about venture 'Nerkonda Paarvai', the Tamil remake of blockbuster 2016 Hindi film 'Pink' has been hit by piracy. The movie had a grand premiere in Singapore a few days back and released worldwide on August 8, 2019.

However, ahead of its official release, a few clippings and scenes of the film were circulated online. According to DNA, the fans, who watched the movie at the premiere recorded the videos which later flooded the internet, reportedly.

The movie clippings were doing the rounds on social media. This comes as a rude shock, especially since it happened a day or two ahead of the official release.

'Nerkonda Paarvai' producer Boney Kapoor had reportedly approached the court to put a stay on notorious websites such as Tamilrockers which is infamous for leaking the movies online.

Boney Kapoor had expressed his happiness on the grand premiere of the movie and tweeted about fulfilling his late wife and legendary actress Sridevi's wish of remaking 'Pink' in Tamil.

The courtroom drama is written and directed by H Vinoth. It stars Ajith Kumar in the role the lawyer which was played by megastar Amitabh Bachchan in the original. Shraddha Srinath, Abhirami Venkatachalam and Andrea Tariang (reprising her role from the original) in the lead roles.