Silk Smitha and bid goodbye on September 23, 1996. The South sex symbol of the 80s, featured in as many as 450 films in her career. She worked in many language films including Telugu, Tamil, Malayalam, Kannada and Hindi respectively. 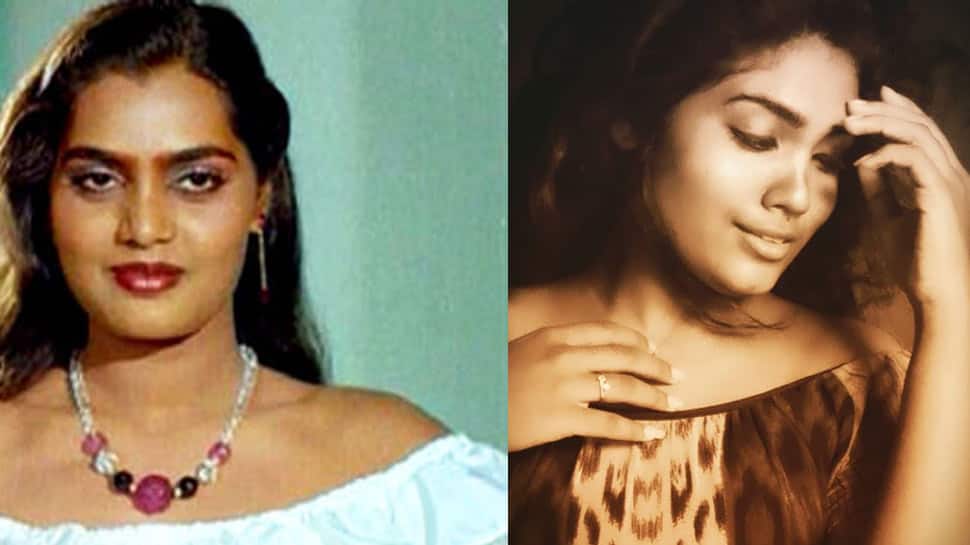 New Delhi: South siren, late actress Silk Smitha is a name almost every cinema buff would know. More so, after Vidya Balan portrayed the character brilliantly in 'The Dirty Picture' (2011). The movie was a huge hit and once again people remembered the southern beauty and her bold roles.

Years later, in this TikTok age, Silk Smitha's lookalike named Thara RK has created a flutter online. She is a TikTok user and posts videos posing as the south siren. Some of which she shares on Instagram as well. Take a look and you will be smitten by the uncanny resemblance:

Silk Smitha was born on December 2, 1960, as Vijaylakshmi Vadlapati. Her bold avatar stood out, making her a household name. Her fame was envied by many during her time and her enigmatic life even made for a superhit blockbuster Bollywood film.

Silk Smitha bid goodbye to this world on September 23, 1996. The South sex symbol of the 80s, featured in as many as 450 films in her career. She worked in many language films including Telugu, Tamil, Malayalam, Kannada and Hindi respectively.

It was in 1979, that Vijaylakshmi turned into her reel name Silk Smitha. Tamil film 'Vandichakkaram' proved to be a path breaker for her. It was her character's name 'Silk' in the movie which made her famous overnight. And, director Vinu Chakravarthy renamed her Smitha, soon she became 'Silk Smitha'.

(The report was originally published in Zee Hindustan)