If Yama is the god of death then Chitragupta decides who goes to hell and heaven. 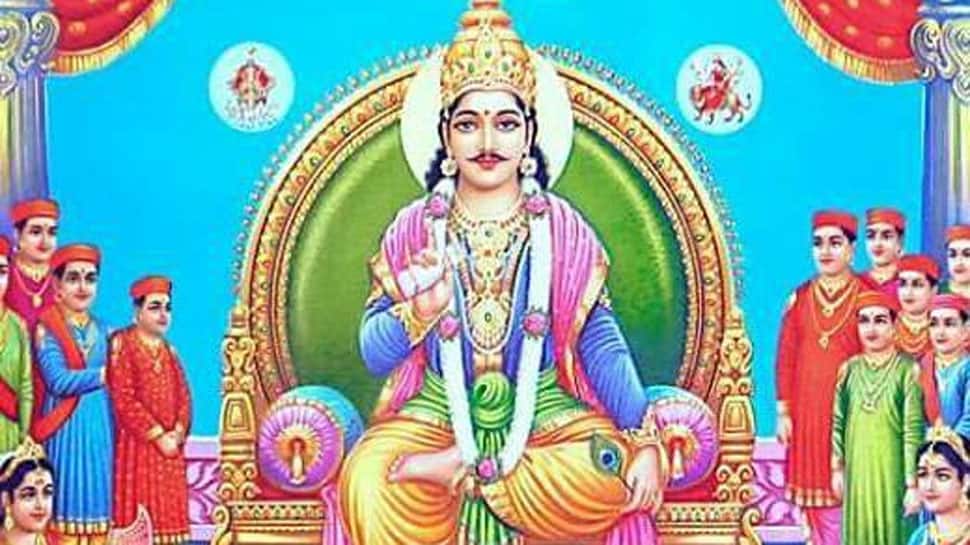 New Delhi: Lord Chitragupta, according to Hindu mythology is the god who keeps a detailed track of each human being's doing. He has an account of who does what and then serves justice upon the person's death. If Yama is the god of death then Chitragupta decides who goes to hell and heaven.

Chitragupta Maharaj is the prime deity of Kayastha caste. He is Lord Brahma's one of the many sons and because he is born from his body or kaya, the Lord declared that his children would be called Kayasthas. In Garud Purana, Chitragupta is hailed as the first one to have used letters.

Chitragupta Puja is commemorated on Bhai Dooj, soon after Diwali every year. This time it will be celebrated on November 9.

During the puja, several stationery items such as paper, pen, ink, honey, betel nut, matches, mustard, ginger, jaggery, sugar, sandalwood, and frankincense are used. As part of the ritual, in every Kayastha household, all the members of the family write, including children write down their earnings and expenditure on a piece of paper. The detailed balance sheet of the earnings is offered before Lord Chitragupta in order to give him an account of how much money is needed to run the year smoothly.

Vermillion, turmeric and fresh flowers are also offered to the lord as part of the puja. A mixture of jaggery and ginger is then distributed as prasad.

Here is the Chitragupta Mantra which the Kayasthas recite and also write in paper and offer to the god of justice.

Here's another Mantra dedicated to the lord:

The legend has it that after Lord Brahma went into meditation for 11000 years, once he opened his eyes, he found that a man holding pen and ink-pot in his hand. He had a sword on his waist. The Lord then said that because you are born out of my Kaya, you shall be the progeny of Kayasthas clan and you were conceived in my mind (Chitra) and in secrecy (Gupt) so you shall be called Chitragupta.