This comes after a sitting judge had written to the Chief Justice, seeking initiation of contempt proceedings against the actor. 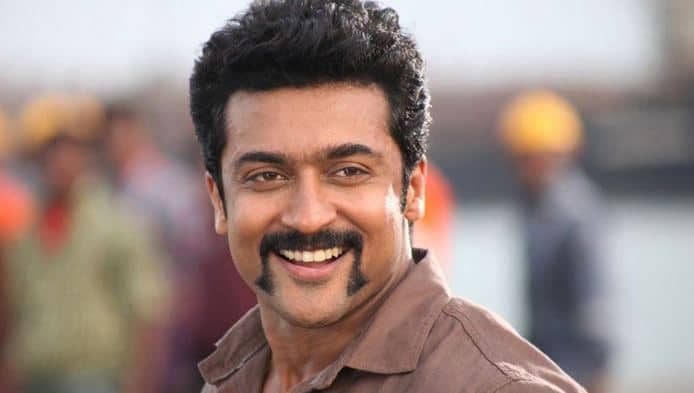 Chennai: The Madras High Court has called actor Suriya Sivakumar’s comments, posted as a statement on social media, on the NEET issue “unnecessary and unwarranted” but ruled out the possibility of contempt proceedings. This comes after a sitting judge had written to the Chief Justice, seeking initiation of contempt proceedings against the actor for having “questioned the integrity and devotion of the judges and the judicial system of the country, to the extent of threatening the public confidence in the judiciary”.

“We find that the utterances by the cine actor may have been absolutely unnecessary or even unwarranted, for being ignorant of the manner in which the entire judiciary of this State has served the interest of its citizens during the pandemic….” the principal bench of the court said. It also added that the statement could have been avoided in a much more sober way, instead of an accusing tone, which despite being trivial has raised a storm in a teacup.

The court cautioned individuals to carefully frame their minds and express themselves, in a manner that may not cross the borders of any fair and just criticism. However, it was also stated that, it was “not the job of the court to use a sledgehammer fo avoidance of something which can be perceived to be not capable of even being propped up as contempt, much less debated to the level of a criminal contempt”.

The judgement by the bench consisting of Chief Justice AP Sahi also added that, in their judicious discretion this matter did not deserve to be pursued further.

On September 13, the day of the NEET exam, Suriya had expressed grief over the separate instances where three students from humble backgrounds had ended their lives due to fear and pressure ahead of the medical entrance test. In a statement in Tamil, the actor pointed out that it was painful that students are having to write exams to prove their eligibility at the time of a deadly pandemic.

“While fearing for their lives amid Corona pandemic and delivering justice via video conferencing, the court orders students to go without fear and write the exams” read one of the lines in the actor’s statement. It is this line that had come to the attention of the sitting judge Justice SM Subramaniam, which led to him write to the Chief Justice and seek initiation of contempt proceedings.

On having known about the letter of the sitting judge, former Judges of the court had urged the Chief Justice (CJ) to ‘not take seriously’ the comments made by Suriya. The former judges have requested the CJ to not take cognizance of the complaint, so that the court is rid of unnecessary controversies.

In their letter, the former judges pointed out the good social work done by the actor via his trust in providing higher education and placements for hundreds of poor students. “We should show generosity and magnanimity in leaving the matter without any cognizance” said a portion of the statement signed by Retd Justice K Chandru, on behalf of five former judges.

On Friday, the Madras High Court said that the NEET exam and the dispute around it was not even a subject matter of the courts in Tamil Nadu. “It is good to form opinions and dissents to evolve a purer thought, but trivials should not be allowed to spread as if they were wild fire,” it added.

Making it clear that there would be no contempt proceedings, the court said, “We would like to draw the curtain on these proceedings with a fond hope that the entire judicial system that fosters on the faith of the public at large should be the concern of everyone to preserve it in our endeavor to deliver justice."