The USGS released a map of the moon which answers the question about the composition of the moon surface. The new map explains the 4.5-billion-year-old history of our neighbour in space. 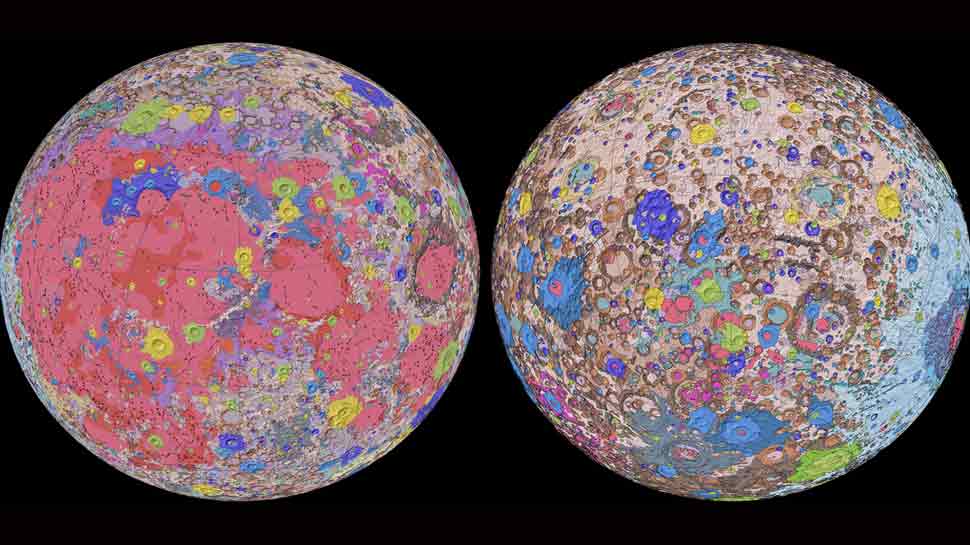 The USGS released a map of the moon which answers the question about the composition of the moon surface. The new map explains the 4.5-billion-year-old history of our neighbour in space.

Scientists from the USGS Astrogeology Science Center collaborated with NASA and the Lunar Planetary Institute to map the entire lunar surface. The map — called the "Unified Geologic Map of the Moon" was created using six other maps drafted during NASA's Apollo lunar missions and fused with the recent data from satellite missions.

It could serve as a reference point for lunar science studies and future manned-missions to the Moon and could be an invaluable addition for the science community world wide.

The USGS researchers merging new and old data and also developed a unified description of the stratigraphy, or rock layers, of the moon.

NASA plans to land astronauts—one female, one male—on the Moon by 2024 as the Artemis 3 mission, this information is going straight into the hands of the first astronauts to visit the Moon in over 50 years.

Elevation data for the moon`s equatorial region came from stereo observations collected by the Terrain Camera on the recent SELENE (Selenological and Engineering Explorer) mission led by JAXA, the Japan Aerospace Exploration Agency.

Topography for the north and south poles was supplemented with NASA`s Lunar Orbiter Laser Altimeter data, a report informed.